Googles annual developers conference, Google I/O begins on May 7, and while the company hasn’t exactly stated what hardware it would be introducing, speculations are rife that the company might introduce cheaper variants of the Pixel 3 and Pixel 3 L introduced back in October 2018.  Dubbed the Pixel 3a or Pixel Lite, the upcoming pixel phones are expected to share the same general look like the current Pixel line. Now, ahead of it purported May 7th launch date, Flipkart India has given us a kind of official teaser while hinting at the Indian launch date.

The online retailer has released a teaser on its homepage with a sketch of the pixel 3 phone with the tagline “Something big is coming to the Pixel universe” on May 8. Although the teaser made no reference to any pixel phone, we are surely dealing with the Pixel 3a and Pixel 3a smartphones since the original Pixel phones have been selling on Flipkart for a while now. 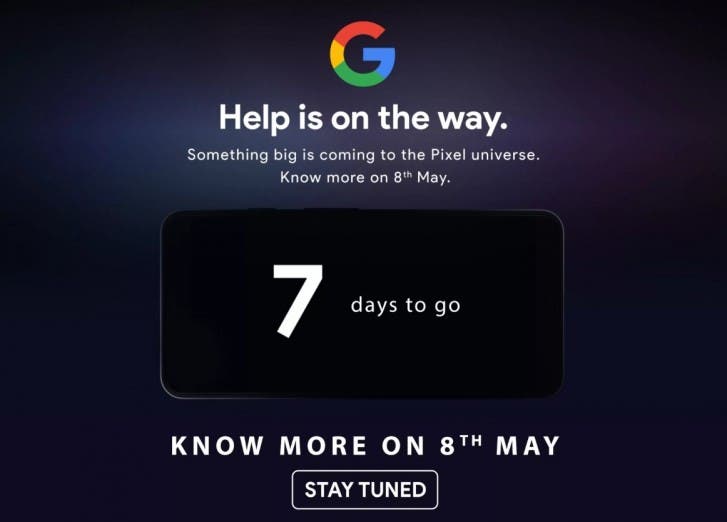 While these devices are tipped to come with designs similar o the flagship Pixel 3, they are however expected to come in plastic as opposed to glass, mid-range Snapdragon 670 processor, as well as lower storage capacities to at least keep prices down south.

Next Huawei, OPPO and Xiaomi sell their 5G smartphones in Europe since this week

Google Pixel 3a / 3a XL get one last update