Motorola launched the Motorola One Vision on Wednesday in Brazil, with the device expected to roll out soon to other markets like Saudi Arabia, Thailand, Asia, Middle East, and Australia. While previous leaks and rumors suggested the latest One Vision could launch in China as the Motorola P40, reports from China suggest the firm is well on track to skipping the Motorola P40 moniker for the Motorola P50.

Following yesterday’s launch in Brazil, the Chinese arm of Motorola has teased the launch of a new smartphone in the country for June. Although no specific date has been confirmed, the teaser says the device will be dubbed the Motorola P50. The P50 that appears in the teaser poster reveals striking similarities with the recently unveiled One Vision, so it is safe to assume Motorola is simply re-branding the One Vision to suit the Chinese market. 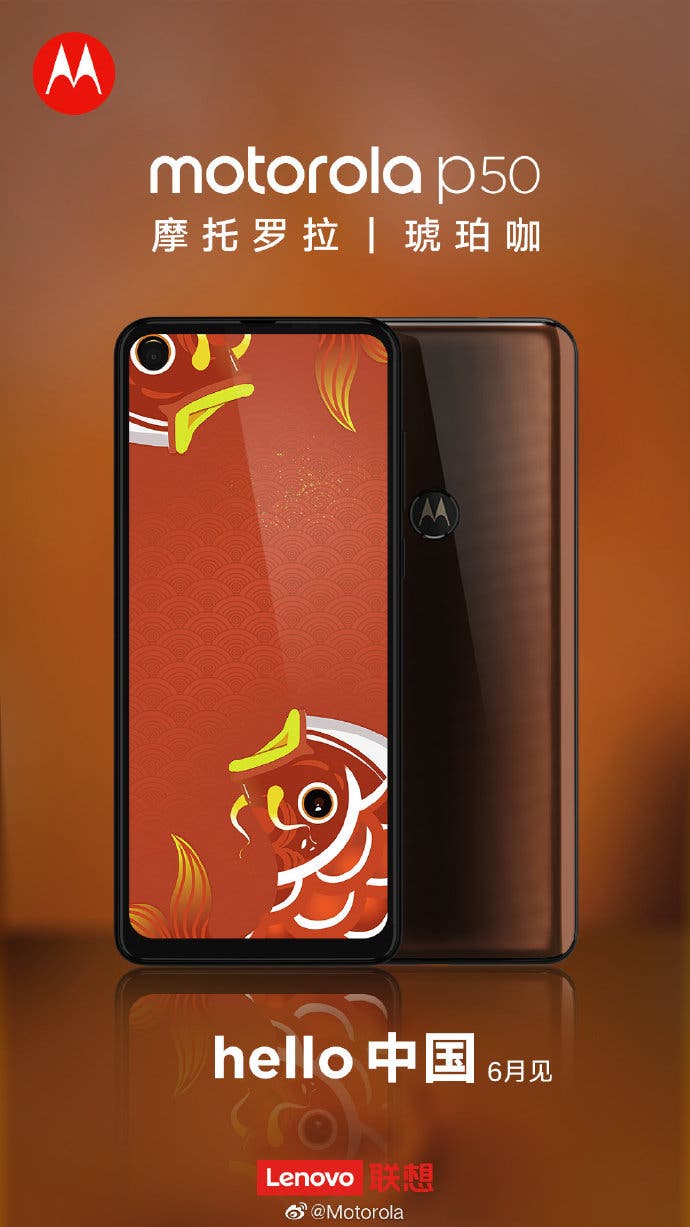 With the expected launch of the Motorola P50, it appears the brand is simply skipping the P40 moniker for the P50, or perhaps saving it for future release. Whatever the case is, the Motorola P50 as seen in the poster features a full-screen display with a  circular cutout for the selfie camera, and that could be a 25-megapixel sensor if indeed the device arrives China as a rebranded Motorola One Vision. The rear view isn’t entirely shown in the poster, it is, however, likely to carry over the dual cam on the One vision including the 48-megapixel sensor which outputs 12-megapixel photos through its “QuadPixel” method of combining four pixels into one larger 1.6µm pixel. The P50 is also tipped to come loaded with ZUI based Android 9 Pie OS.

The Motorola One Vision as stated earlier will launch later in June, though no specific date has been confirmed.

Next More pictures of ELEPHONE U2 together with Oppo F11 Pro