Following the first image samples of the Honor 20 Pro camera capabilities that popped out last week, a new set of pictures were found today amidst all the chaos coming from Huawei’s USA ban. The new camera samples have surfaced today on Weibo and have made their way to Twitter and Instagram by Bang Gogo.

The photo samples give us a glimpse of how far the Honor 20 will be able to zoom. The last week’s pictures already revealed that the camera was going to feature an f/1.4 aperture lens for the first time on smartphone and also showed off the new AIS Super Night Mode that is coming with the 20 Pro. The new pictures aren’t less than spectacular, but of course, we can’t simply judge and take our final conclusion from them, since the photos were compressed in order to be uploaded in these platforms. Also, it’s hard to believe in the company made photo samples.

However, judging by the pictures we can see that the Honor 20 Pro does a stellar job with its dynamic range allowing the camera to capture different exposures in the same scene. The new flagship will ship with a Quad-Camera setup, which was initially believed to be similar to the Honor P30 Pro’s 10x periscope camera, however, a recent leak proved that this isn’t the case. 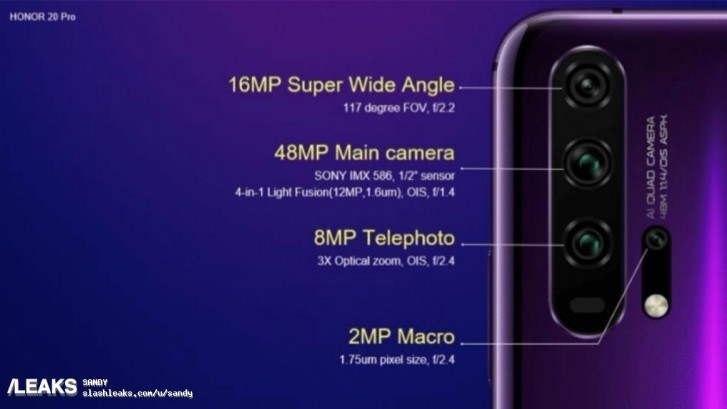 The Honor 20 Pro launch is scheduled for Tuesday, May 21, during an event that will be held in London. Despite Huawei’s recent issue with Google revoking the license for its software, the new flagship will still come with Google Play Services and will support future security patch updates.