Almost all the current rumors claim the rear camera of the new iPhone 2019 will adopt a square shape like the Huawei top-end smartphones. Moreover, this camera system should occupy a very prominent position above the back and protrudes obviously. We have managed to see a number of renderings proving this. As for today, we have found photos of protective films made for the next-gen iPhone. Olixar, an accessory manufacturer, has started producing a protective film for the new square lens system. The perimeter of these protective films seems to use the same lens configuration as shown in the previous renderings and leaking diagrams, including the location of the lens. The iPhone XI and iPhone XI Max are said to carry a triple-camera accompanied with a flashlight. All these components should be collected into a square shape. However, the iPhone XR is rumored to sport a dual-camera. And the Olixar promo photos prove this. 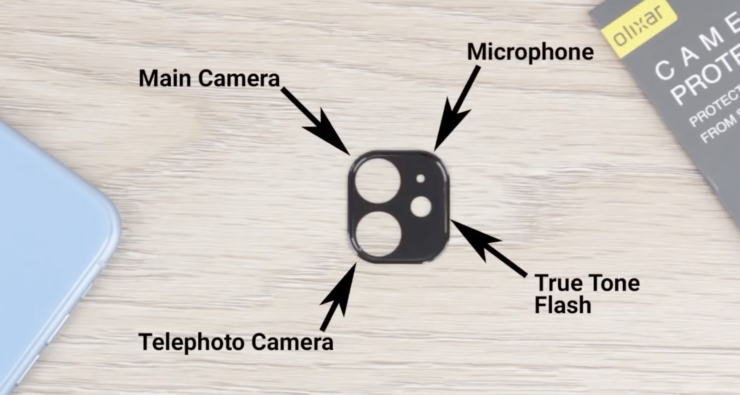 While accessory manufacturers can develop accessories for future iPhones in advance, there is no guarantee that the components in the pictures will fully comply with Apple’s requirements. The production costs of accessories are high, but Olixar is highly confident. The company has invested a lot of effort to make camera protectors a few months before the expected release date. Their lens protectors made of tempered glass will be sold at a pre-sale price of $10.99. So most likely, we are dealing with real products. Therefore, the iPhone 2019 will sport a square-shaped camera module on the rear.

Will Apple Use The Same Strategy For iPhone 2019?

Well, all these prove Apple is sticking with its old ways of waiting before launching new technologies on the iPhone. Let’s agree, in the past, this strategy served it well. But will the company be so lucky in the future? Apple should revise its strategy because its competitors aren’t playing around.