Tomorrow is a very important day for Huawei. It is going to release not only the Nova 5 series smartphones but also the MediaPad M6 tablet. But if we know much about the former product, there have been only a few leaks concerning the new tablet. The tablet market is not as active as the smartphone market. So the manufacturers don’t put many efforts into making new models. But there is still a certain demand. So it’s a sin not to update the existing tablet lines. This is also true for Huawei. As for today, the company has released the last promo poster, revealing an interesting feature. 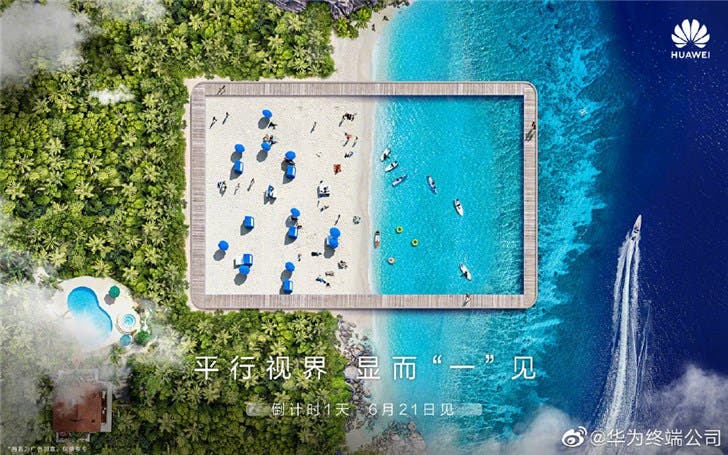 As the poster shows, the Huawei MediaPad M6 is going to support a split screen function. The latter is available on various smartphones. And with the launch of this tablet, the manufacturer wants to bring it to the tablets as well. By the way, the display is going to be the biggest selling point of the M6. We are expecting to see a 2K screen on it. Unfortunately, this rumor has not been confirmed officially. So we have to wait for tomorrow’s event.

Under the hood, the Huawei MediaPad M6 will sport a Kirin 980 chip. This is the company’s current flagship mobile platform that powers all of its top-end models. So its appearance on the flagship tablet is quite logical.

The tablets have been considered to be multimedia toys for a while. They are mainly used for watching videos/clips, playing games, listening to music, or surfing the net. So apart from the powerful core hardware and high-res display, they also should provide outstanding audio performance. For this goal, the M6 is said to sport 4 speakers and provide immersive sound experience.

Next Redmi 7A gets multiple certificates ahead of Global roll out