VIVO’s IQOO is apparently gearing up for the launch of its second smartphone. It was earlier murmured to be the VIVO IQOO Youth edition, but yesterday’s report suggested otherwise. A new VIVO IQOO phone dubbed the VIVO IQOO Neo with the model number Vivo V1914A has now been spotted on TENAA.

The TENAA not only revealed its specs, and images, the listing also confirms the IQOO NEO which is seen as an inscription on the back of the images provided. The images even line up with yesterday’s official teaser with a waterdrop notch display on the front and a triple camera set up at the back which is placed vertically in the upper-left corner. As noted from yesterday’s official teaser, the listing suggests once more that the VIVO IQOO Neo get the same in-display fingerprint scanner like its older siblings, of course except the brand is adopting the side-mounted position. 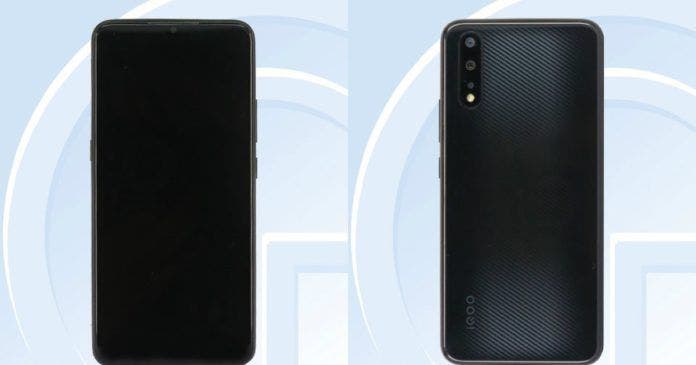 In terms of design, the VIVO Neo will come in a gradient color pattern that looks like it is covered in a glass as revealed in its official teaser, and more rugged and patterned option as revealed today on TENAA. And from the look of it, it appears the IQOO Neo will come only in Purple and Black color options.

The brand has yet to set an official launch date. Meanwhile, VIVO has just teased a 5G Mobile phone and its latest fast charging solution – the 120W super Flashcharge for MWC Shanghai launch later this month. Perhaps, the VIVO IQOO Neo will make its debut at the same event. We just can not say, hence, we will have to wait until for official words from VIVO.

Next Vivo Z1 Pro with Snapdragon 712 to launch on July 3rd?