A new patent was granted for LG Electronics in the Turkish patent institute. The document reveals a smartphone sporting a punch hole in the display to house the front-facing camera. This would be LG’s first use of this new technology. However, since it’s just a patent, there’s no guarantee that this device will ever see the light of the day.

The schematics reveal a punch hole in the top-left corner of the screen. The placement is different than the one adopted in some Samsung devices, were the punch-hole is right aligned. 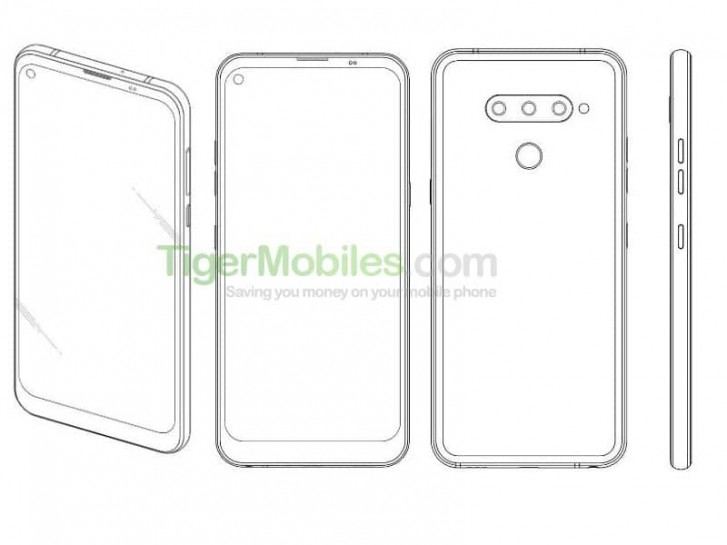 The back of the device shows a design that is very characteristic of LG recent devices. For instance, it resembles the last year’s LG V40 ThinQ, complete with the rear-mounted fingerprint scanner. The FP placement is a clue that while LG is finally adopting new technologies such as the Punch Hole design, an under-fingerprint scanner is not yet in the company’s plans. 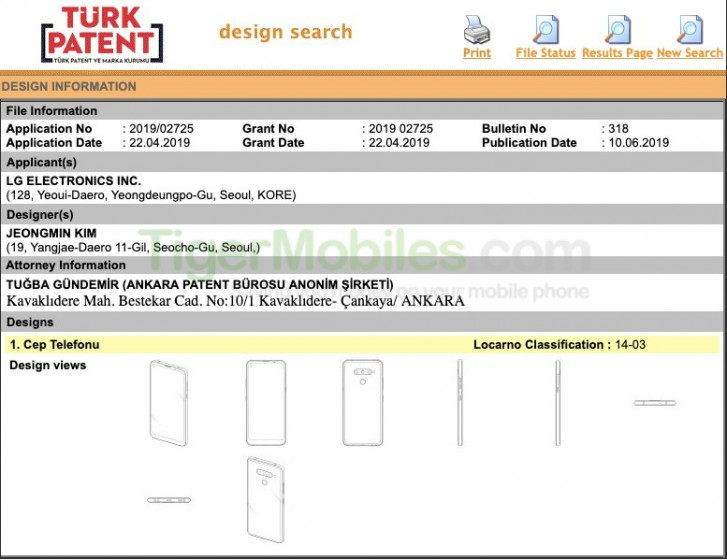 Despite the search, the referred patent can’t be found in the regulator’s publicly available database. This could mean two things – It could be fake, or LG requested to keep it hidden to the public. So we recommend to digest this news with a pinch or two of salt and don’t hold your breath for a punch-hole LG smartphone. However, don’t be surprised at all, if it actually becomes a reality.