Today, Xiaomi has officially announced that its new CC series will be officially released in Beijing’s ‘Water Cube’ at 7 pm on July 2. Immediately after that, we learned about the name of the first model from this line. The pioneer will be dubbed as the Xiaomi CC9. But the new poster and statement prove there will be Meitu’s customized version as well.

Particularly, Meitu’s official poster says the custom versions of the Xiaomi CC9 will be codenamed the Little Prince and the Little Fairy. They will hit the market on July 12. From this announcement, we can assume the Meitu’s customized versions will be aiming at both men and ladies. Thus, this is a move forward for Meitu, which has been making female-centric smartphones only. 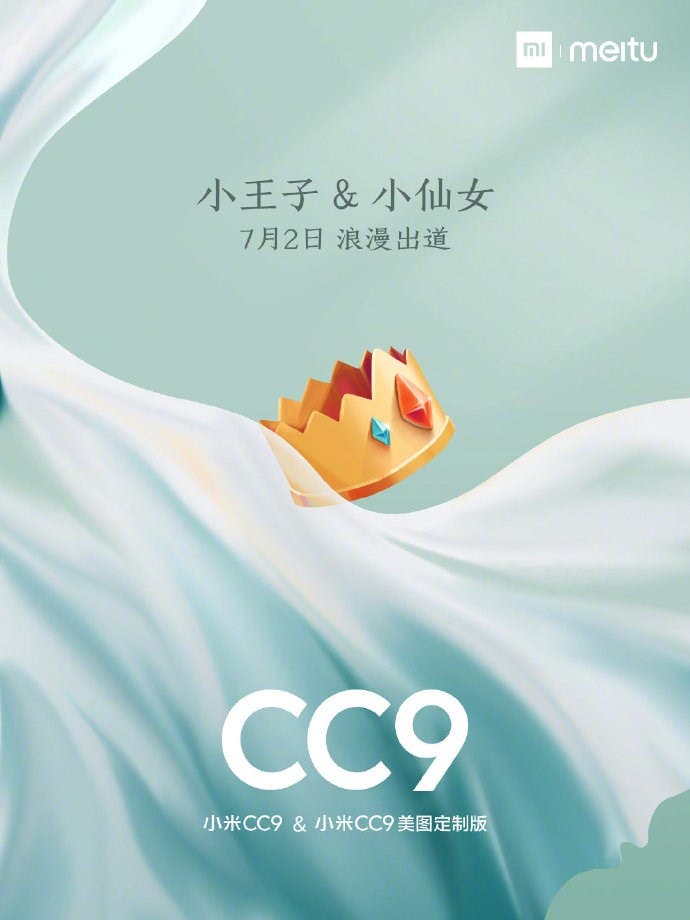 We have been getting a number of leaks and official information concerning this new series. Say, yesterday, Xiaomi posted a video on Weibo, which disclosed a lot of specs. Say, the Xiaomi CC9 will be using a drop screen design and a triple-camera module on the back. By the way, one of the lenses is placed in a white circle. And we still have no information whether it’s a design element or anything more. We guess you remember the trick on the VIVO NEX Dual-Screen.

In November last year, Xiaomi and Meitu signed a strategic cooperation agreement. Meitu will exclusively license its phone brand, imaging technology, and second-level domain name to Xiaomi. Xiaomi is solely responsible for R&D, production, sales, and promotion of Meitu smartphones. In its turn, Meitu will provide support for image technology and beauty algorithms for Xiaomi.

Next The First TSMC Chip on 7nm Was Introduced, A Real Beast Coming