We can praise the Honor 20 Pro for hours. It’s the third smartphone at DxOMark. It’s among the top five of the world’s leading self-developed new technologies. In 14 days of sales, it shipped over 1 million units. The 20 Pro is the fastest selling Honor line handset. As you can see, it’s an outstanding model that is beloved by millions of users. The first batch was sold out quickly. Today, it was announced that the second group of units will go on sale at 10:08 on July 2. 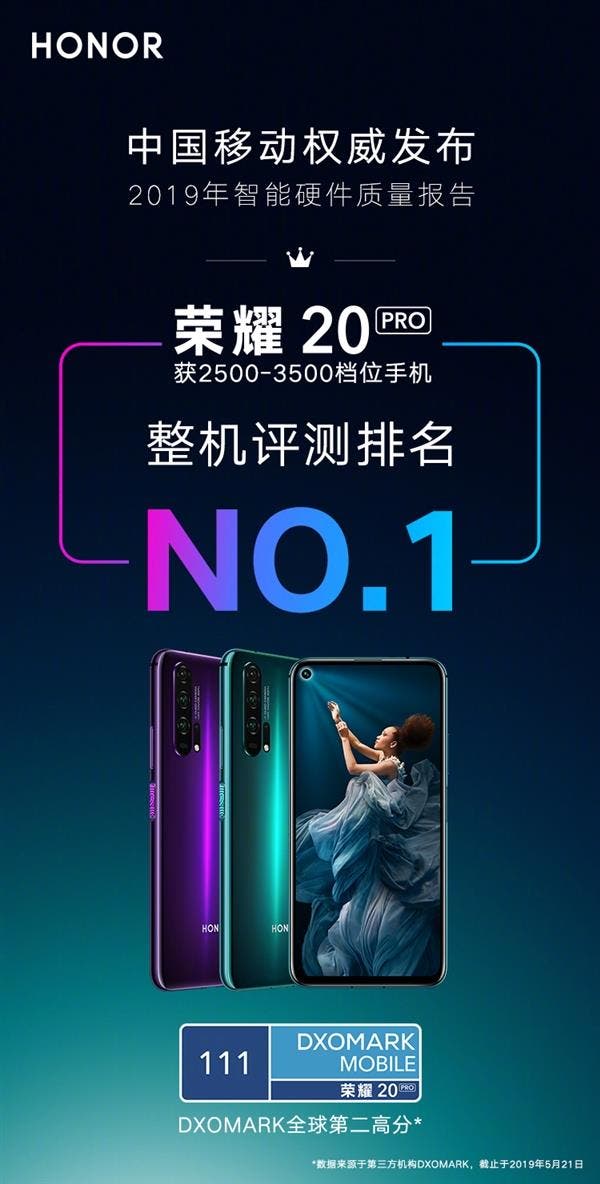 Not accidentally, the Honor 20 Pro went on sale on June 18. In the frame of 618 festival, it broke a record. It took just 3 seconds to exceed the 100 million yuan ($14.56 million) sales mark. So it’s logical our protagonist became a bestseller at a few platforms simultaneously, including Jingdong, Tmall, and Suning Tesco. At the same time, in the authoritative evaluation report of China Mobile, this handset won the first place among the 2500-3500 yuan ($364-437) high-end smartphones.

As the company’s first flagship launched in 2019, the Honor 20 Pro can boast of a number of top-notch features. Say, it’s packed with a 48MP full-focus AI quad-camera. The main camera is the Sony IMX586 CMOS. The latter not only as a 48MP resolution but also features the industry’s largest F1.4 night aperture. Compared to F1.8 apertures, light input is increased by about 50%. But when compared with the F2.0 aperture, the light input is increased by 100%. This helps the camera to capture more natural photos with less noise.

Next Will NSA 5G phones be accessible from next year?