Huawei earlier in October officially released the EMUI 10 custom UI,  followed by a list of 33 devices that are due to receive the update, both from Huawei and sub-brand Honor, along with their update schedule. Huawei already delivered the update to all of its most recent flagships including the Mate 20, Mate 20 Pro, Mate 20X, P30, P30 Pro, and now sub-brand Honor is reportedly delivering the Magic UI 3.0 update to the Honor 20 lineup.

Global units of the Honor 20 & 20 Pro, as well as the Chinese Honor View 20,  are reportedly receiving an Android 10 based stable Magic UI 3.0 update. The OTA is live via HiCare, and available to units that signed up for the Beta, as well as regular users. The update takes the OS from Android Pie to Android 10. The update OTA update weighs 4.63GB and comes with the build number 10.0.0.168 (C431E9R3P7), although some users reported getting the update with different build numbers.

The update also comes with the security patch for the month of October, as well as a couple of security, performance, media playback and UI related enhancements. You can hit the source link or the attached screenshot for the complete changelog. 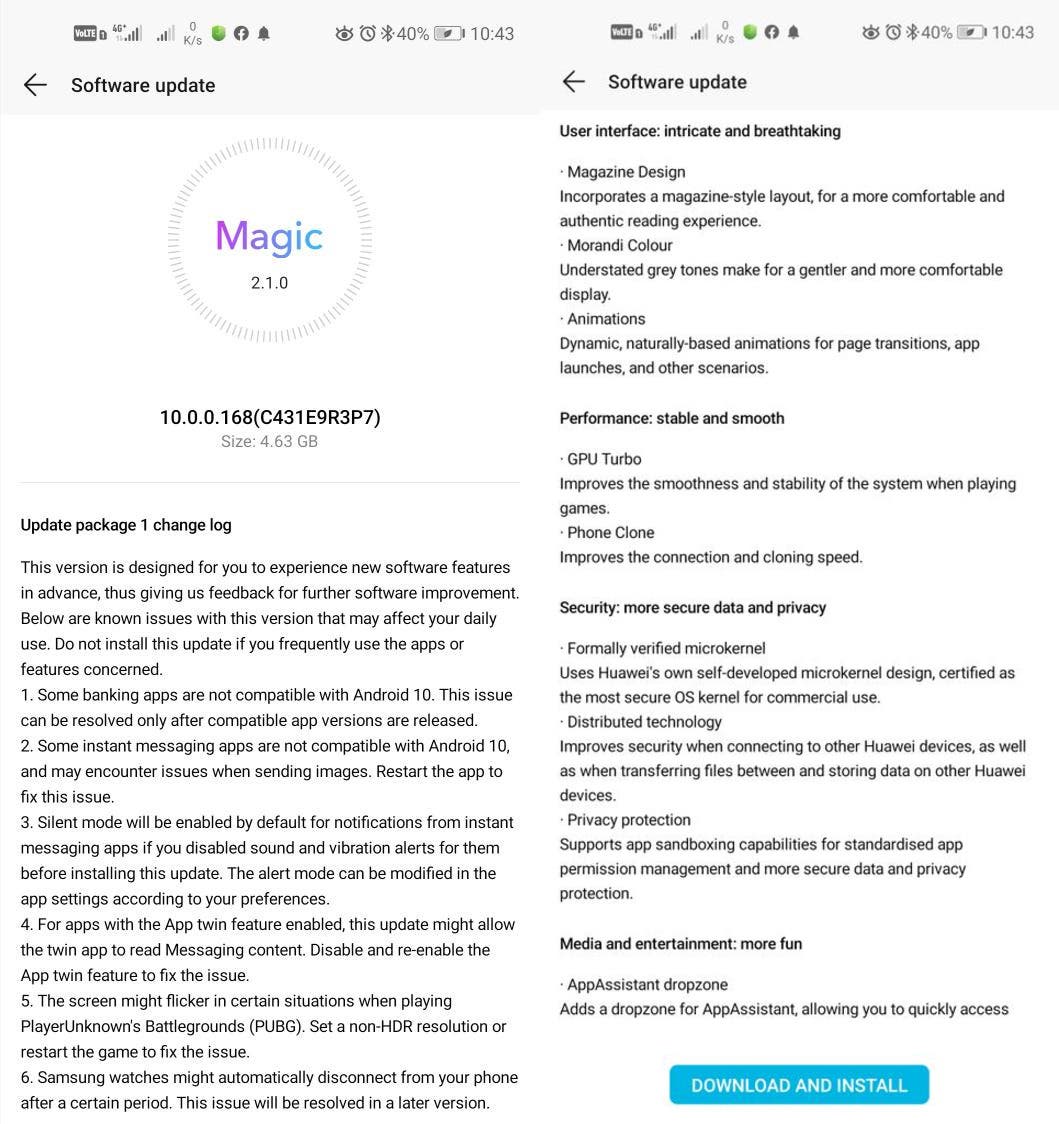