Huawei announced its first foldable smartphone back in MWC 2019 in February. Interesting enough, the handset stole the attention in MWC catching the enthusiasm of even those who were impressed with Galaxy Fold. Unlike Samsung’s foldable phone, Huawei Mate X seems like a perfect concept of a foldable smartphone. Since its unveiling, expectations have been growing for the release of the device. The company postponed the release with all the recent problems, and also, after the Galaxy Fold fiasco. Earlier reports pointed a release in September but now seems that it will come only in December.

The price of the Huawei Mate X is now rumored to be higher than what was expected. Previously, there were speculations that the Mate X will be priced around 12,999 Yuan (~$1898). However, the latest news from China come to those who are strong in the heart as the device could go for as high as 14,999 Yuan (~$2191). Worth noting that this price refers to Huawei’s domestic market. When it comes to the Global markets, the price could go even higher at 17,000 Yuan ($2,483). 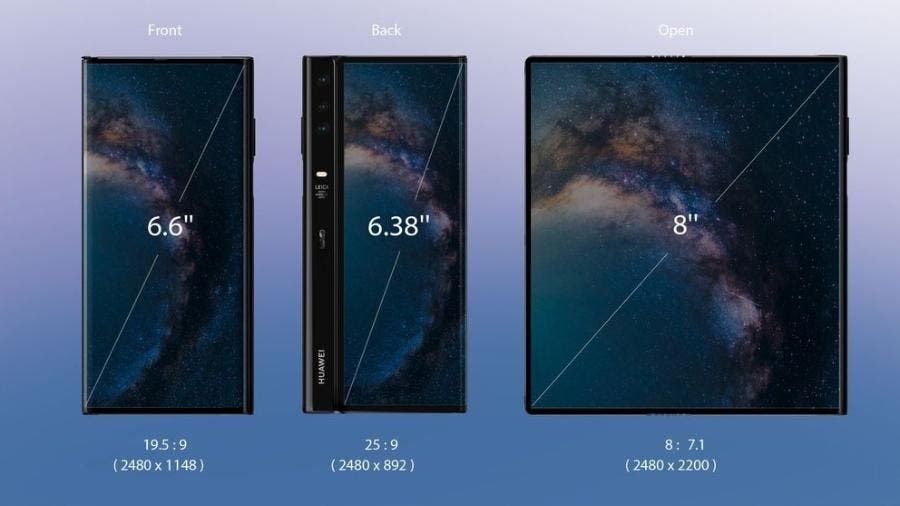 Despite the high price, we believe that this handset will completely be sold out once that it’s available. Not only due to the high demand, but also very to the lower supply. After all, the production process is slow, mainly due to the low yield of the foldable display panels. Huawei’s initial batch of Mate X devices should reach 100,000 units. We believe that this amount will completely be sold out in just a few minutes.

The Mate X adopts an out-folding design which ensures it is the same screen when folded that is in use when it is opened. This approach basically left no chance for Samsung and its Galaxy Fold back at MWC 2019.