Today, Ni Fei, general manager of Nubia, hinted at a new smartphone. Seems nothing odd with this statement because Nubia has been always launching good smartphones at acceptable price tags. But if believing in the words of Ni Fei, the forthcoming Nubia Z19 will compete with the Huawei P30 Pro directly. In other words, we are dealing with another handset that sports a powerful camera.

As Ni Fei pointed out, mobile photography has developed a lot – from the single camera module to five sensors, from EIS to OIS, from digital zoom to optical zoom, etc. We can even shoot the stars via our smartphones. Probably, no one will mind if we say this is a standard for the current smartphone industry.

However, the front and rear cameras of the flagship smartphones are not evenly configured. It is limited by the size of the front camera sensor, which is not high enough to focus. The front and rear cameras have become a bottleneck in the development of the mobile photography industry. After all, with the rapid development of social demand, selfie shooters have become a very important part of mobile photography. Not surprisingly, many people even buy selfie-centric smartphones such as Meitu.

So Nubia thinks that the real king-level photography flagship smartphone should be powerful not only in terms of the main camera but in terms of front camera as well. Both should be good when capturing the landscape, people, daytime photos, night and low-light photos, selfies, etc. Shortly, both cameras should be able to easily cope with different scenarios.

Ni Fei stressed that this time they decided to break the industry bottleneck again. The company is going to launch the Nubia Z19 with not only a powerful rear camera but with an equally powerful front-facing camera. There is every reason for the upcoming Nubia flagship to become the world’s strongest flagship smartphone.

Of course, the Nubia executive didn’t say that the phone will be called the Nubia Z19. But taking into account the Nubia flagship line, the time schedule of Z series launch, and other aspects, we can assume that is. 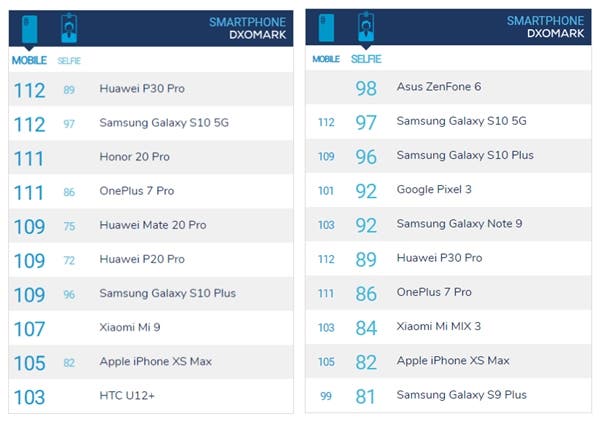 P.S. Currently in the DxOMark list is led by the Huawei P30 Pro and the Samsung Galaxy S10 5G. But the ASUS ZenFone 6 is the best in terms of selfies.