Huawei Mate X will arrive on the market with an updated technical data sheet compared to the one initially announced. This is confirmed by the colleagues of NeoWin. They were able to get their hands on the foldable smartphone just a few days ago, during a visit to the headquarters of the Chinese giant. Specifically, they noted that on board there is a more powerful SoC, the HiSilicon Kirin 990. And that the cameras, which previously were essentially those of the Mate 20, are now those of the P30 (or very similar).

The Kirin 990 has not yet been announced. But according to previous rumors, it should debut with the Mate 30 Pro (remember that the presentation of the new generation of Mate is set at exactly one month from today, that is September 19). The chip does not have many details, except that it will be produced by TSMC with the process called “7nm+”, the first of the company based on EUV technology. 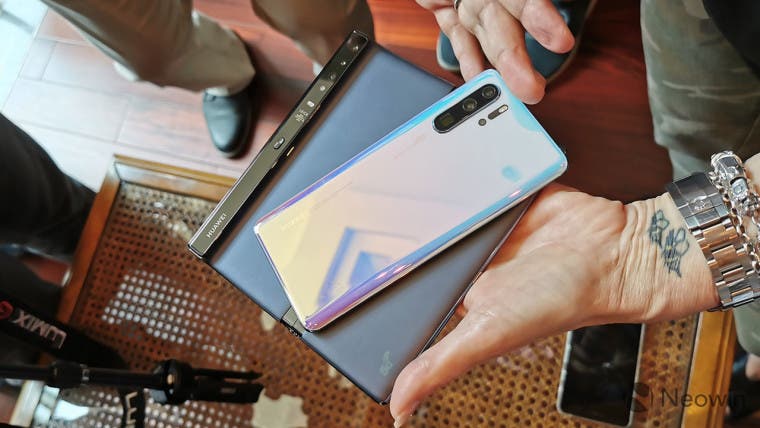 Of course, it will also support 5G network technology with a SA modem. Standalone, ie: able to connect to 5G cells without first going through 4G/3G like Mate 20 X. But it is not clear if it will already be integrated into the SoC or it will still be “external”. Always NeoWin said that Huawei has confirmed support for recording videos in 4K at 60fps, a new format for HiSilicon chips – so far it was necessary to choose between 1080p@60fps or 4K@30fps.

Huawei Mate X has been re-certified by TENAA in these days. The improvements to the technical data sheet explain the new bureaucratic procedure. However, other recent rumors indicated that the device would be delayed again. A commercialization start was expected towards the month of September (in limited quantities). But now it could be delayed to November.