Nokia smartphones may not have the same level of success as before, but they still offer certain perks that many users value, For example, HMD Global made a decision of launching only Android One smartphones, which greatly facilitated their rapid and constant update. Now the company has published a new infographic, revealing information about the arrival of Android 10 (Q) to all its smartphones. 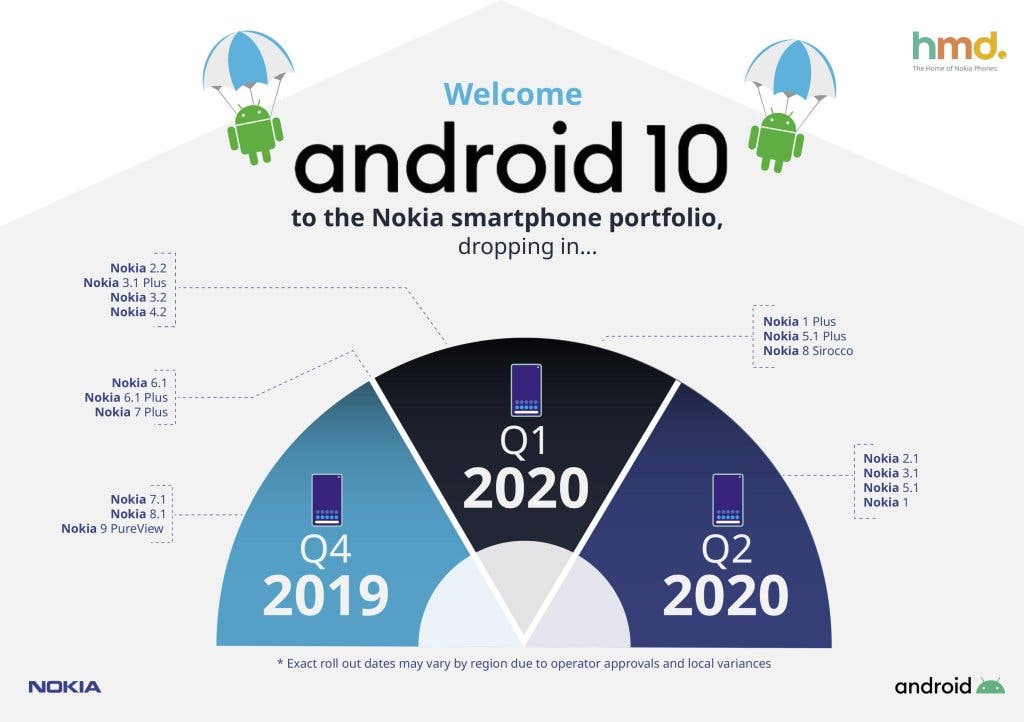 When will your Nokia receive the desired update for Android 10? According to data published by HMD Global, the arrival of Android 10 to Nokia smartphones will begin in the last quarter of this year for:

In early 2020, it will be the turn of Nokia 6.1, 6.1 Plus and 7 Plus to receive the desired update. Also during the first quarter of 2020, the update will be released for a total of 10 smartphones. Considering the positioning of the indicators in the published image, it is possible to have a vague idea of ​​when it may be released:

After being the fastest to upgrade Nokia phones from N to O and O to P, I am super excited to share with you that the Q(ueue) for Nokia phones is moving fast as we get ready to welcome Android 10 on Nokia smartphones – roll out starts in Q4, 2019! #Nokiamobile #android10 pic.twitter.com/qXM4ZXAPBo

While these smartphones have hit the market as Android One devices. HMD Global recalls that the exact arrival dates of the update may vary by region and operator.