Realme will announce a new smartphone on September 4th. It is revealed by the brand through a teaser published on Weibo, where you can see the card of the queen of hearts magnified by a lens. Above appears the writing “clue # 1” with the date of September 4 and the number “119”.

We are in the field of assumptions. But we could hypothesize that the smartphone will be called Realme Q (Q as “Queen”). “119” stands for the viewing range of the wide-angle camera. We repeat, these are conjectures, even if everything leads us to think that the brand will actually present an unprecedented device at the beginning of next month (coinciding with IFA 2019 ). 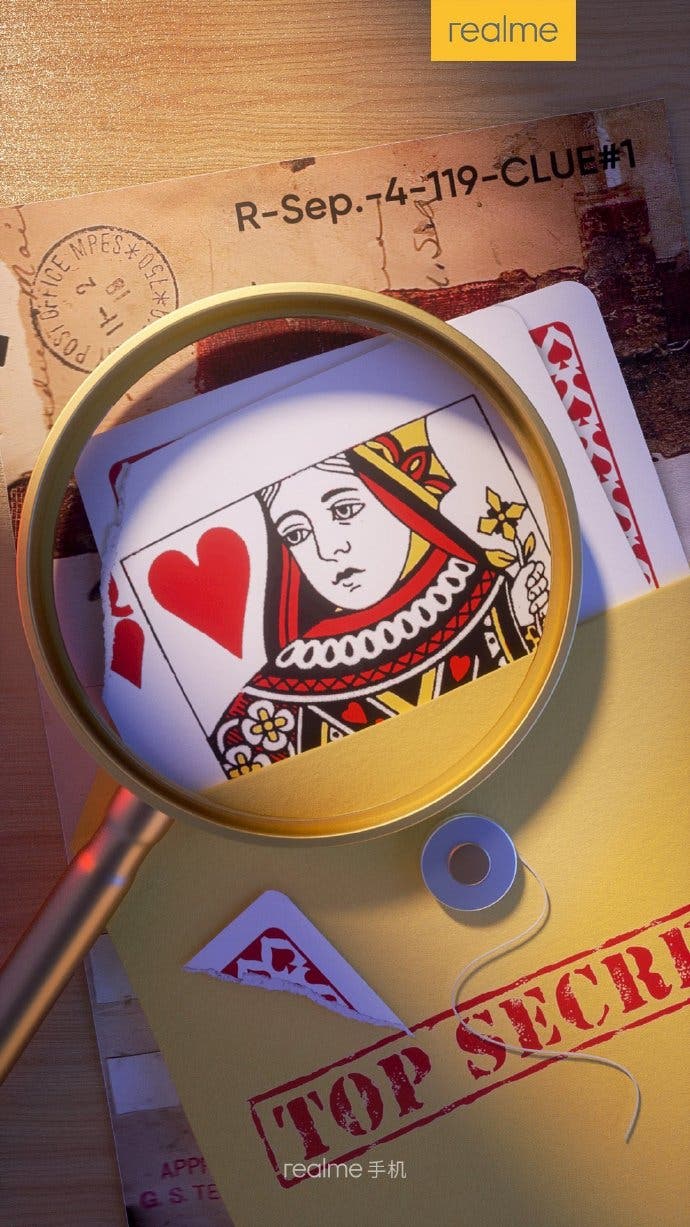 Realme has recently reached and exceeded the significant threshold of 10 million users worldwide. And awaiting the debut of the RealmeOS proprietary interface expected by the end of the year. Recall that the company has recently announced the 5 and 5 Pro models, both equipped with four rear cameras that differ not only in the size of the display (6.5″ the first, 6.3″ the second) but also for the processor used. The standard version adopts a Snapdragon 665 while the Pro has the Snapdragon 712.

Precisely on the occasion of the announcement of the two models that took place last August 20th. Realme anticipated the imminent debut of XT. A rear 4-cam smartphone with a 64MP main sensor. At this point, it is not known with certainty whether this will be the device coming on September 4th. Or whether a real, yet unidentified Realme Q will be revealed.

Next Huawei's Kirin chips are growing so fast - Here's why