Generally, today, we saw many new phones officially released. But we are still waiting for more models that should hit the market in the nearest future. One of them is considered to be the Realme XT. The biggest selling point of this handset is going to be the 64MP camera. In other words, it will be the direct rival of the Redmi Note 8 Pro. Today, OPPO released a new poster on Weibo, officially announcing this phone will be uncovered in India on September 13. 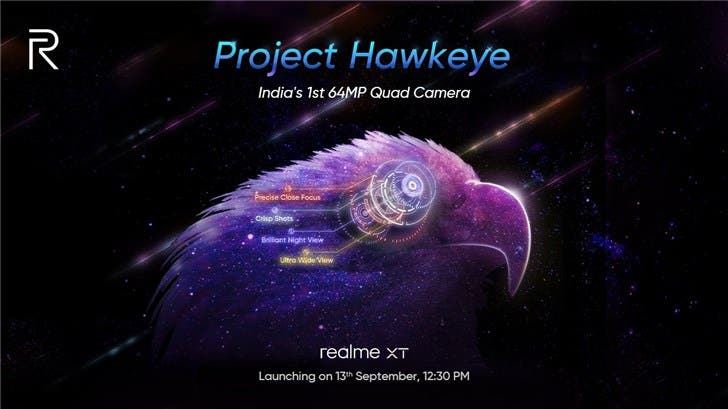 Apart from this, recently, on the Geekbench benchmark website, the Realme XT was leaked. From the spotted screenshot, we can see it scores 1171 points and 4521 points in the single-core and multi-core tests, respectively. Prior to this, we have heard the phone will sport the Qualcomm Snapdragon 712 AIE mid-range processor. So these scores are in line with the performance of this chip.

Anyway, the biggest highlight of the Realme XT will be the quad-camera vertically placed on the back. By the way, on the opposite side, it will feature a drop screen. Based on previously leaked information, the Realme XT will come with a 64-megapixel lens. The latter uses Samsung’s 64-megapixel ISOCELL Bright GW1 sensor. But apart from this, there are three other lenses of an ultra-wide-angle CMOES (119 degrees, 8MP), 2MP macro lens, and 2MP depth of field lens.

P.S. The Realme Q was announced today for the Chinese market. Unlike our protagonist, this handset comes with a much-popular 48MP camera lens. But under the hood, it carries the same chip as the Realme XT. This handset is priced at 998 yuan ($140). So we think the XT will be priced a bit higher.

Realme XT explodes while charging within 24 hours of purchase!