We know Huawei and Honor are going to launch revolutionary TV products in the face of the Huawei Smart Screen and Honor Smart Screen, respectively. But if the latter is already out and customers can get their hands on it, the former should be announced soon. Today, the company issued a statement saying the new TV product is going to hit the market soon.

As the poster shows, the upcoming Huawei’s Smart Screen will sport a pop-up camera. Huawei calls it the AI eyes. We can also see that these products will come with a new series of AI ‘black technology’. It will allow the Smart Screen to get more ‘new gameplay’ based on artificial intelligence. 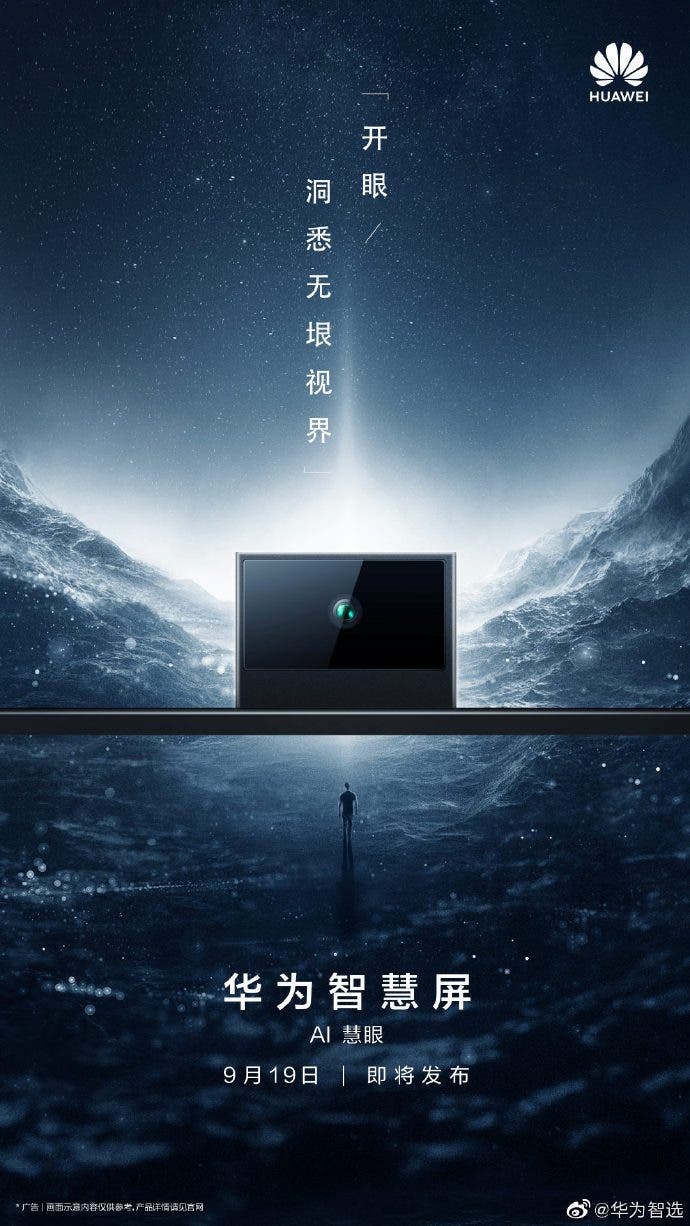 According to the official statement, Huawei’s Smart Screen will become the smart interactive center of the family. Plus, it’s going to be the multi-screen experience center, the IoT control center, and the audio-visual entertainment center. Huawei’s full-scenario smart strategy adopts the ‘1+8+N’ three-layer structure. This covers four scenarios of home, office, car, and sports. It also uses smartphones to drive 8 auxiliary devices such as tablets, PCs, speakers, and headphones. And our protagonist is considered to be multi-peripheral ecological equipment.

The Huawei Smart Screen will be out on the same day as the Mate 30 in Munich, Germany on September 19.

Next New Tribit FlyBuds TWS earbuds already out on Amazon