Chinese manufacturing giant, Xiaomi, is going to have a busy week this September. The company is getting set to release a couple of new products on September 24th. Xiaomi will release the Xiaomi Mi MIX 4 5G, Xiaomi Mi 9 Pro 5G, MIUI 11 and an 8K Xiaomi TV. Now, its Redmi sub-brand has announced that it will release a flagship product between September 17-23. Redmi said “September 17-23, the Redmi brand is coming! Please look forward to seeing a variety of Redmi flagship products” 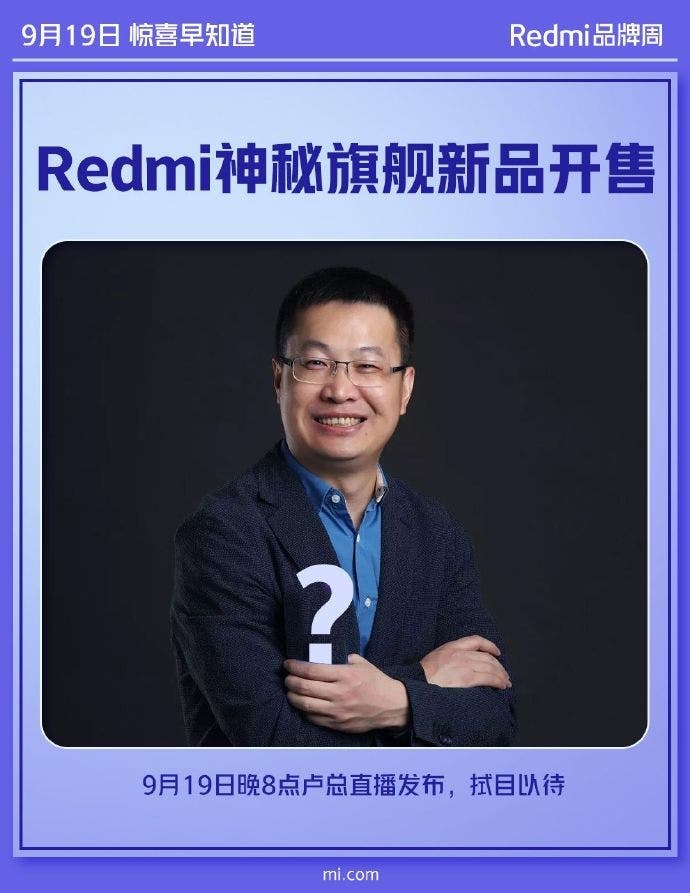 According to a notice on Xiaomi Mall, Lu Weibing, the general manager of Redmi Brand will have a live broadcast at 8:00 pm on September 19. According to the notice, he will release a Redmi mysterious flagship new product. Furthermore, the company will simultaneously sell this product. It is unclear what the new flagship will be but from the poster, it should also be a mobile phone or similar handheld device.

From earlier reports, the Redmi Brand will launch a new product with the Snapdragon 855+ SoC. However, we do not expect such a huge product to be released in a live broadcast. It should have a separate launch event. Let’s not get too excited, Redmi could release a new colour scheme of its Redmi K20 series. This is one of the more reasonable guesses.

Of course, considering that this preview emphasizes a “new flagship product”, not a smartphone, it does not rule out the possibility of a non-mobile phone device. We will have to wait a few days to see what Redmi has in store for us.