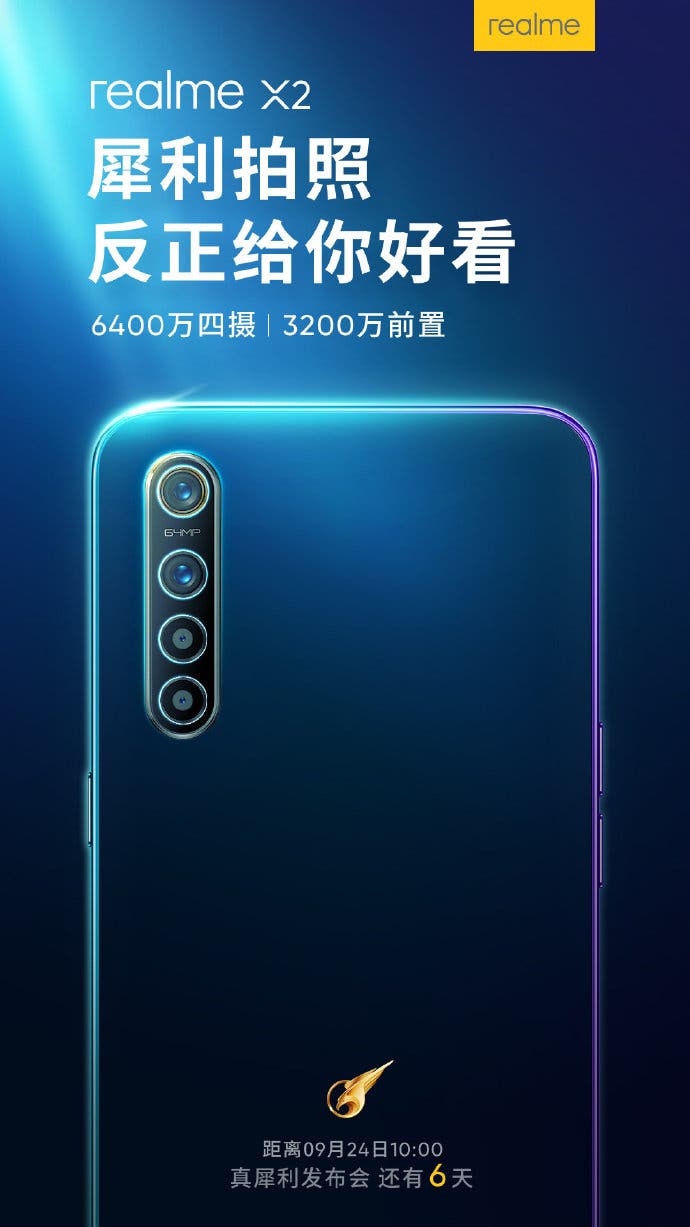 Although the Realme X2 will use the same 64MP main camera as the Realme XT, its 32MP camera is better than the 16MP sensor on the XT. The Realme XT comes with a 6.4-inch Samsung AMOLED waterdrop screen with a resolution of 2340 × 1080 pixels. In addition to the main 64MP sensor, there will be three more cameras on the rear making it a quad-rear camera setup.

In addition to the 32MP front camera, there are some speculations that this smartphone will come with a 4000 mAh battery.