Over the years, the concept of playing games on smartphones has evolved and as the devices became more powerful, specializations began. Finally, ‘gaming’ smartphones has arrived.

Mobile phones are no longer powerful enough to run large-caliber games but with other advantages such as more advanced cooling systems, more striking designs or software settings to take the gaming experience further, things re changed. Now, according to the information collected by XDA Developers, Google works on an official certification for Android gaming smartphones.

Now Google intends to go one step further in terms of recommendations with its new certification. It is already part of Google’s internal documentation sent to manufacturers.

XDA has obtained a copy of the latest Google requirements for the installation of its Google Mobile Services, and that document contains a reference to the CDD, or Compatibility Definition Document. 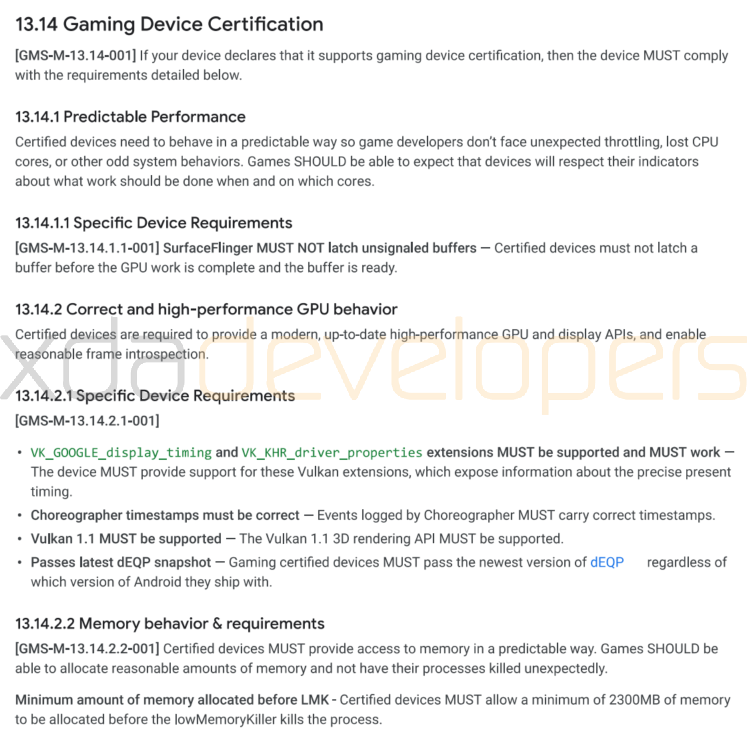 According to section 13.14 of the Google documentation, devices that want to be certified as “gaming devices” must “provide a modern and updated high-performance GPU in addition to APIs for the screen and a reasonable frame rate per second”.

In addition, the terminals must be compatible with the Vulkan Graphics API in version 1.1. And pass the OpenGL ES/Vulkan tests and comply with other compatibility requirements. Such as Choreographer and SurfaceFlinger. Lastly, for reasonable memory behavior. Google wants OEMs/ODMs to ensure that gaming devices allow apps to allocate at least 2.3GB of memory before they’re killed by the system. 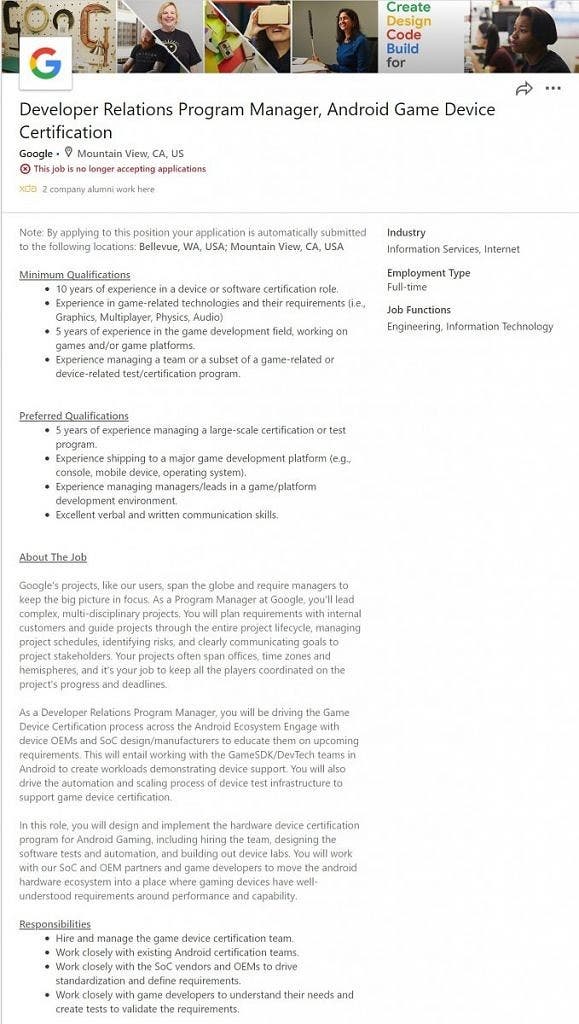 At the moment, we don’t know more details about this official Google certification for gaming phones. But we will be attentive to any developments that may occur. Google is forming an internal team to work with manufacturers of mobile phones. Alongside with processors makers. We will see how this certification ends. Although everything indicates that it will be a reality. And that it will end up creating a public list of supported devices.

Next Guo Minghao: Due to iPhone SE2, iPhone Sales Will Increase by 10% YOY