So the rumors were true! Lenovo owned Motorola just revived the ubiquitous and iconic Motorola RAZR first released back in 2004, but now in the form of a Foldable Motorola Razr Android Smartphone. It is Motorola’s first foldable smartphone, and the third major Foldable smartphone so far released this year. Unlike the Galaxy Fold and the foldable Mate X that changes from a modern-sized phone into a  tablet with a bigger footprint, the new Foldable Razr smartphone instead turns a conventional-sized smartphone into a more compact and pocketable smartphone. That way, the device can be collapsed into a sleek package when not in use.

Notably, the Motorola Razr solves one of the Galaxy Fold major issues, and just as Cnet puts it, the device softly snaps shut from top to bottom when folded, with one side laying flat on top of the other, without a visible gap between the two halves of the screen. What is more, the device when in the compact form is nearly the same size when in the compact form –  about 14mm. That is perhaps, partly due to the huge chin where the other half snags into.

Speaking of the specifics, the new Motorola Razr gets the same design as the iconic Razr from the early 2000s, but now drops the T9 keypad and small LCD for a larger 6.2-inch foldable plastic OLED panel on the inside. It gets a 21:9 aspect ratio, with CinemaVision screen, and a flexible hinge halfway that allows it folds in two equals. The phone has a large chin below the display which is home to a fingerprint sensor, cellular antennas, USB-C port, and a couple of loudspeakers.

In the folded and compact form, you will see a touchscreen with Quick View external display  that allows you view notifications, take selfies, play your music, use Google Assistant, and more without having to flip open your phone. It gets a 5MP camera above the foldable display, while there is a second 16MP camera beneath the external display which you can use for both normal photos and selfies. It comes with Laser Auto Focus and Night Vision mode and electronic image stabilization as well as built-in artificial intelligence (AI).

The device comes embedded with a dual battery – on both sides of the display, both of which amounts to a 2,500 mAh cell with 15W TurboPower charging. That is way less than what you get with the Galaxy Fold, but not to worry, Motorola claims it will last a day on single charge. It is powered by a Qualcomm Snapdragon 710, and not the flagship SD 855 SoC. 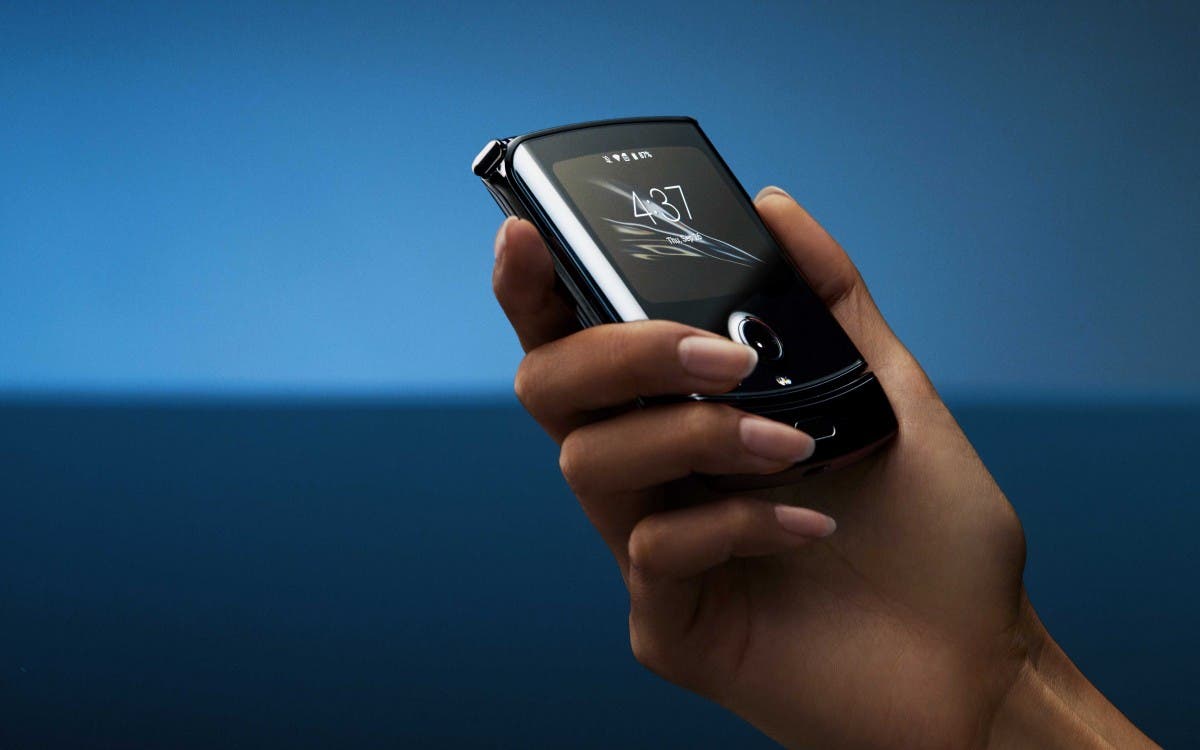 The Razr is priced at $1,500, but wont be available to buy until early 2020. However, pre-order will be live exclusively on Verizon. The brand has yet to detail its roll out plans outside of the States.