Along with the Huawei Mate 30 series which – as we saw in this article – received a big praise at the China Mobile 2019 Smart Hardware Quality Report Conference, another piece of hardware that got a very positive feedback was Huawei’s latest Kirin 990 chipset. 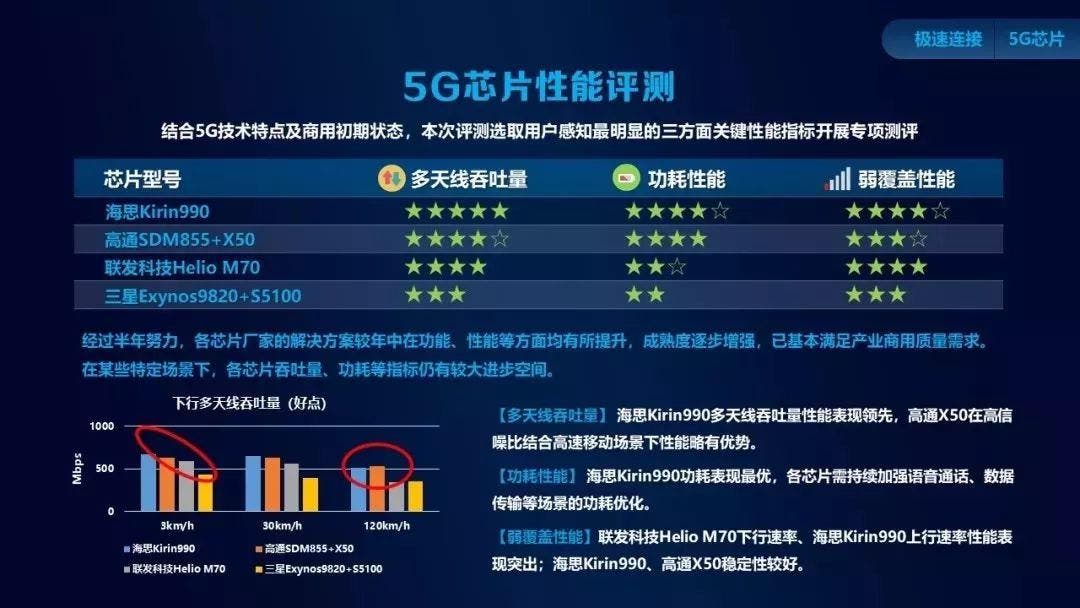 China Mobile did indeed award the chipset with the best rating as far as 5G capabilities go. In particular, the Chinese giant considered factors such as multi-antenna performance, heating problems, signal stability, signal in weak coverage areas and much more. The goal of China Mobile was to create an objective evaluation system for 5G phones which will be used as a reference in future.

Going back to the Huawei Kirin 990 itself. The CPU managed to get a five-star evaluation in multi-antenna signal performance. Ranking better than other alternatives such as the Qualcomm Snapdragon 855 Plus + Snapdragon X50 modem combo; or the Helio M70 and Exynos 9820 with S5100 modem alternatives.

Test results also show that the MIMO throughput of the Kirin 990 5G ranks first in the multi-scene (good/medium/difference) tests. Especially in the bad coverage test, where the download speeds were much better than others chips tested.

In conclusion, the Huawei Kirin 990 does better than any other chip in both speeds in good coverage areas, speeds in weak coverage areas and it consumes less power / heats up less. So it’d appear as Huawei has a winner in their latest chip. Will it keep its lead when the Snapdragon 865 finally comes out? We’ll probably find out very soon!

Previous Dark Mode on WhatsApp is closer than ever!