The Motorola Razr 2019 launched a couple days back is definitely one of the most interesting devices to hit the market in the past months. The handset does indeed feature a very innovative folding design which allows users to reduce its size by half when folded; just like the original Motorola Razr launched in 2004.

Well, today at the Lenovo Science and Technology Innovation Conference, Liu Jun, executive Vice President and President of Lenovo’s China Group, said in an interview with the media that the Motorola Razr 2019 folding phone isn’t coming to China, yet.

Liu Jun then added that the device will be brought to China when 5G will be properly supported in the country. The reason behind this decision is quite straight forward. The new Motorola Razr only comes with eSIM technology. This means you cannot use a physical SIM to connect it to a network. Now, for the eSIM tech to work, network operators have to support it and while they do in some Chinese cities, in others there’s simply no support. The cities where eSIMs work are currently only 7, they are: Tianjin, Guangzhou, Shanghai, Nanjing, Hangzhou, Shenzhen and Chengdu. 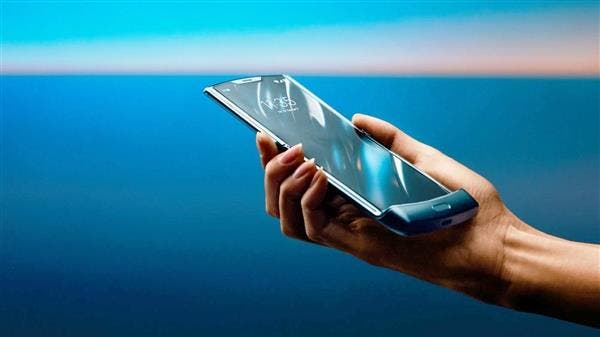 So, Lenovo’s Vice President suggests the Razr is coming to China once the technology is mature enough. For now, they’ll focus on bringing some more innovation at the upcoming CES.

Aside from the 5G and network talk, Liu Jun also talked about the durability of the phone. Liu Jun did indeed affirm the folding mechanism on the Razr can withstand over 100,000 folds and unfolds. Now, we aren’t sure how many years of use that implies, but it sure does sound like a lot.

What do you guys think about the Razr by Motorola? Is it the next big thing or juts a gimmick? Let us know down below!

Next HTC: Which classic model would you like to see with current technology?