With the OnePlus 7 series already in the market, reports on OnePlus 8 series are now hitting the web. As per a new report from TrueTech, a recent inside PDF file (from an anonymous OnePlus official) reveals interesting details about this smartphone. For starters, it shows that the OnePlus 8 Pro will come with a quad-rear camera setup. It will also use a dual punch-hole camera design. 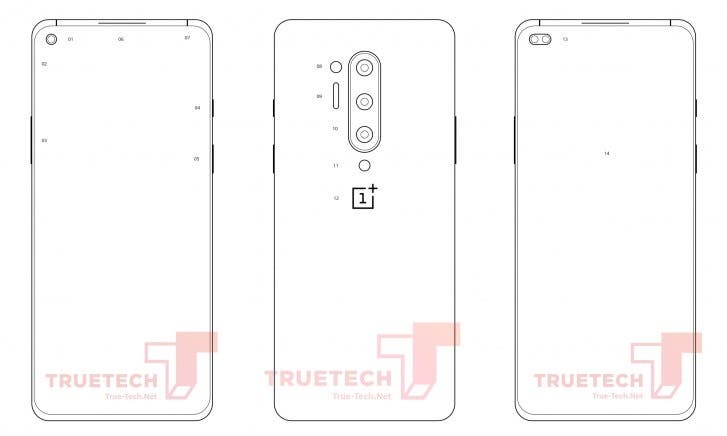 In terms of design, OnePlus 8/Pro will further reduce the front bezel – both the top and the chin. The antenna is also transferred from the sides fuselage to the top and bottom fuselage. It is not clear whether this will affect the signal performance of the mobile phone. The major impact is on the overall body design which is narrower (the frame) and longer than the OnePlus 7 series.

In terms of the body buttons, the OnePlus 8/Pro keys are consistent, on the right side of the fuselage is the volume button, the left side has the power button. For the rear camera, the OnePlus 8 Pro has four rear cameras. There is a ToF sensor and a dual-LED flash.

OnePlus 8 Pro may use a 120Hz display

One of the most favorite features in the high-end flagship smartphones of the moment is the 90 Hz screen. The 90 Hz refresh rate came as a breath of fresh air to the high range and in 2020 we expect it to be standardized for all companies. The 90 Hz screen is more than confirmed for these devices for the OnePlus 8 series giving that the OP 7 series uses this display. However, there are speculations that the OP8 series might extend it to 120Hz.

While we can not confirm the authenticity of this report, the PDF happens to use the Official OnePlus Slate typeface. Click here to access the PDF file.