Earlier this year, Samsung launched its first-ever foldable smartphone dubbed Galaxy Fold in various markets. Since then, many different smartphone companies such as Motorola and Huawei unveiled their iteration of foldable devices. It seems like the South Korean based company might be working on yet another foldable device. This time we’re looking at the tablet that can fold into a passport-sized screen if the recent patent is to be believed. For the time being, we’re going to refer to this tablet as Galaxy Tab Foldable Tablet. 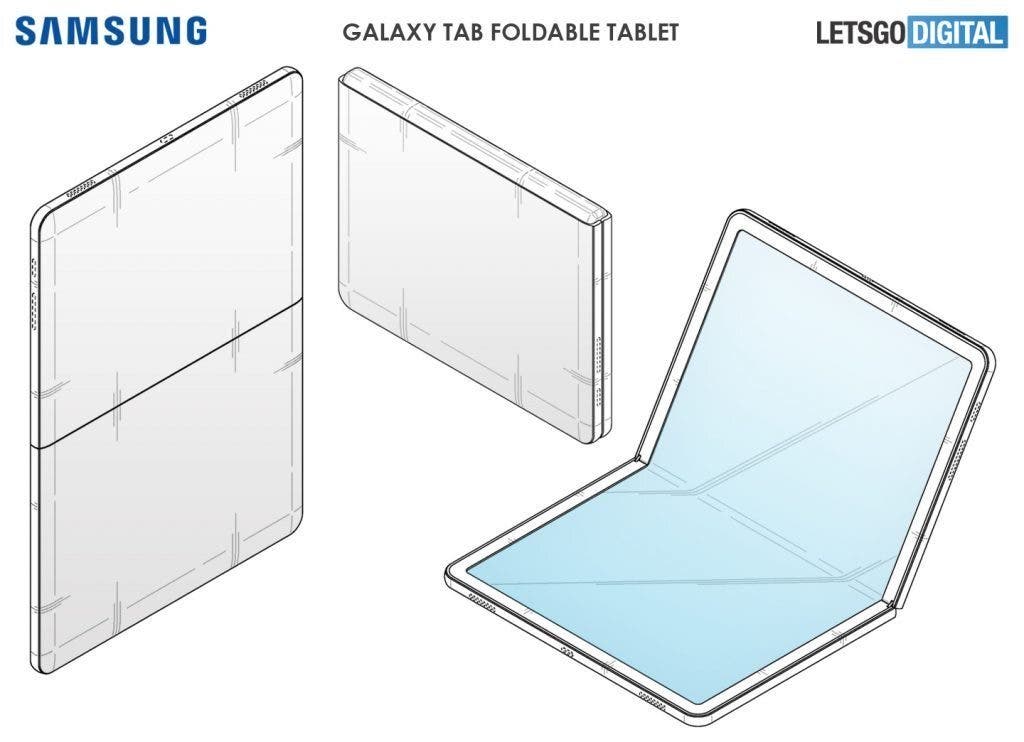 It is worth mentioning that if the patent surfaces online, it doesn’t mean that the brand will end up launching the product. Back to the story, Samsung recently applied for a patent at the European Union Intellectual Property Office (EUIO) and the World Intellectual Office (WIO) database. As you can see from the image above, the new patent features Galaxy Tablet with a clamshell based foldable display. The basic folding mechanism resembles that of the recently launched Motorola Razr foldable phone. As per the patent, the device folds from top to bottom i.e. vertically instead of the traditional horizontally.

If the tablet ends up launching, after all, we can expect the inclusion of an in-display fingerprint sensor. You can also see the render images designed based on the patent above by LetsGoDigital. Like the Galaxy Fold, the Galaxy Tab Foldable tablet might act as a mini laptop targeting the business or power users out there. The tablet can easily fold into a small device allowing users to carry it right in the pocket. With this design, Samsung might take the portability of tablets to a whole new level.

Like the Galaxy Fold, the Galaxy Tab Foldable tablet might include some impressive multitasking capabilities. Furthermore, the user will be able to use it as a laptop by using it in a half-folded position. It would be interesting to see whether the brand ends up making such device after all or not.