Today, we learned too much about the upcoming Redmi flagship. First, the company released a poster showing the Redmi K30 will sport Qualcomm’s latest 5G processor. Later, another poster shows our protagonist will use a 12-antenna design. But this is not all. It turns out this handset will use a coin-like rear quad-camera. And the camera sensors will have 64MP, 8MP, 5MP, and 2MP resolution. One of the sensors is the Sony IMX686 CMOS.

However, some users said this information is wrong because the IMX686 sensor’s resolution is 60MP and not 64MP. But the source said this is checked information. Moreover, they prove the 5MP lens is not a telephoto lens.

Apart from this, we have heard the Redmi K30 will come with a side fingerprint recognition module. And it’s the first dual-mode 5G smartphone of the company. But you should also know it will sport Qualcomm’s Snapdragon 7 series 5G chip instead of the SND8 series. This is done to offer the phone at a lower price tag. At the same time, the Redmi K30 Pro is said to sport MediaTek’s latest 5G solution and support up to 66W fast charge. In this sense, the Qualcomm variant will support 30W fast charge.

Interestingly, the Redmi K30 will sport a dual-punch-hole screen design. Yesterday, the company announced a creative wallpaper contest, which will end on December 31. Below are some Redmi K30 wallpapers that really look creative.

By the way, the Redmi K30 launch conference will be held on December 10. At the same event, the manufacturer will also release IoT devices such as the Redmi Router AC2100 and Redmi Xiaoai Speaker Play. 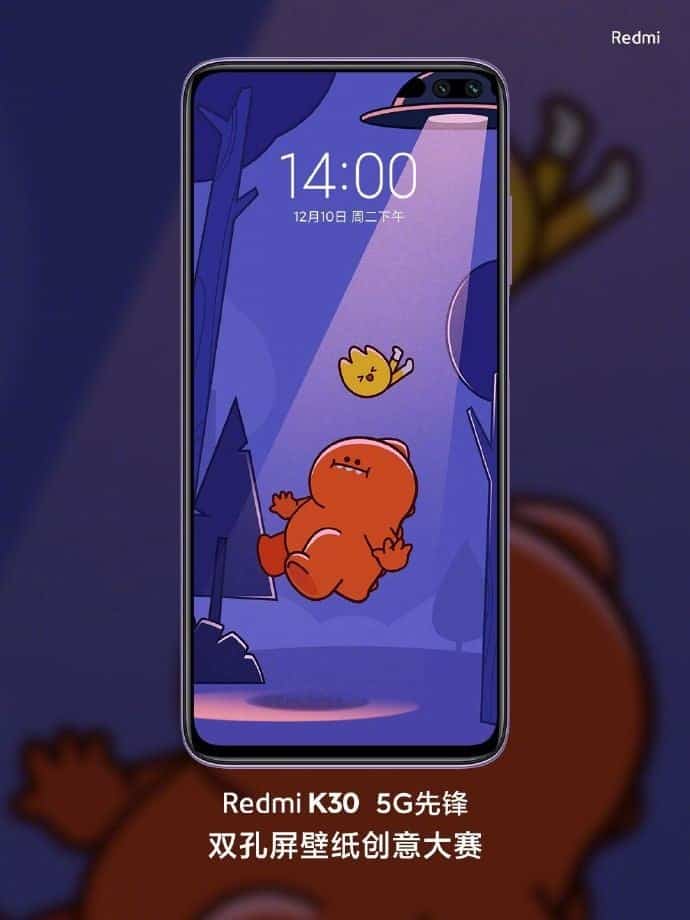 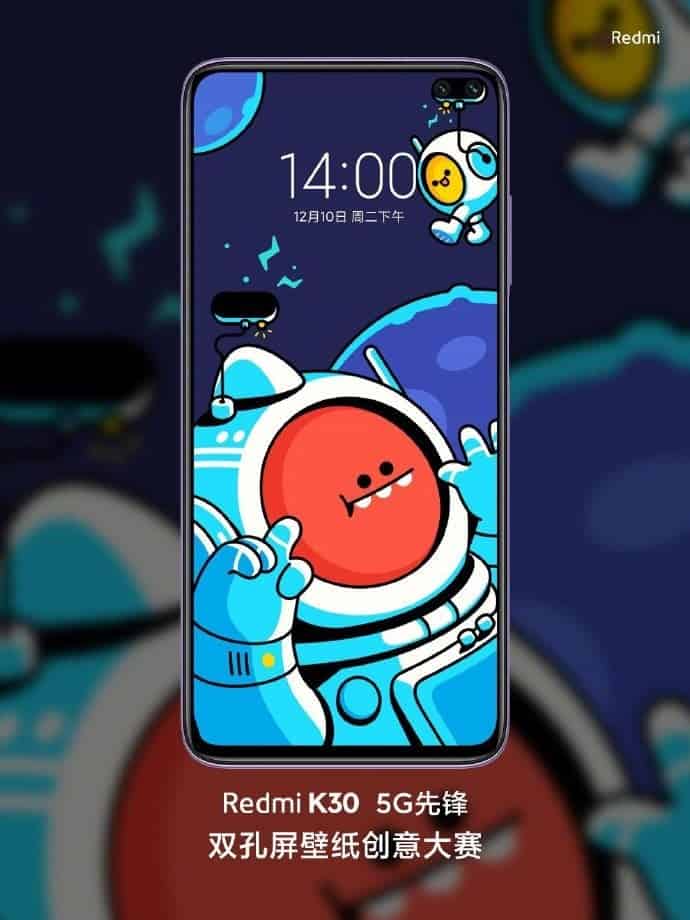 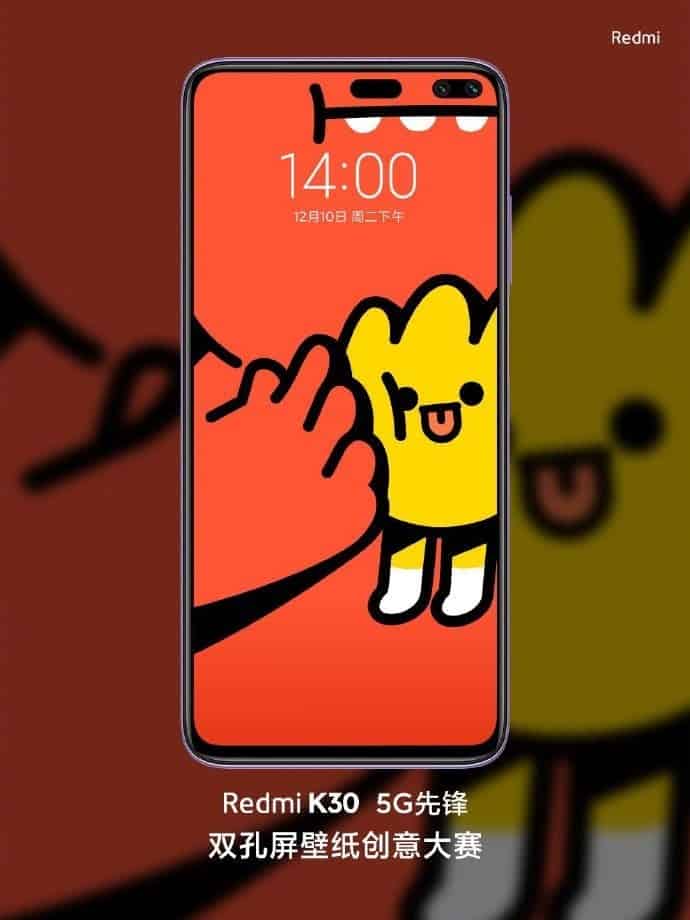 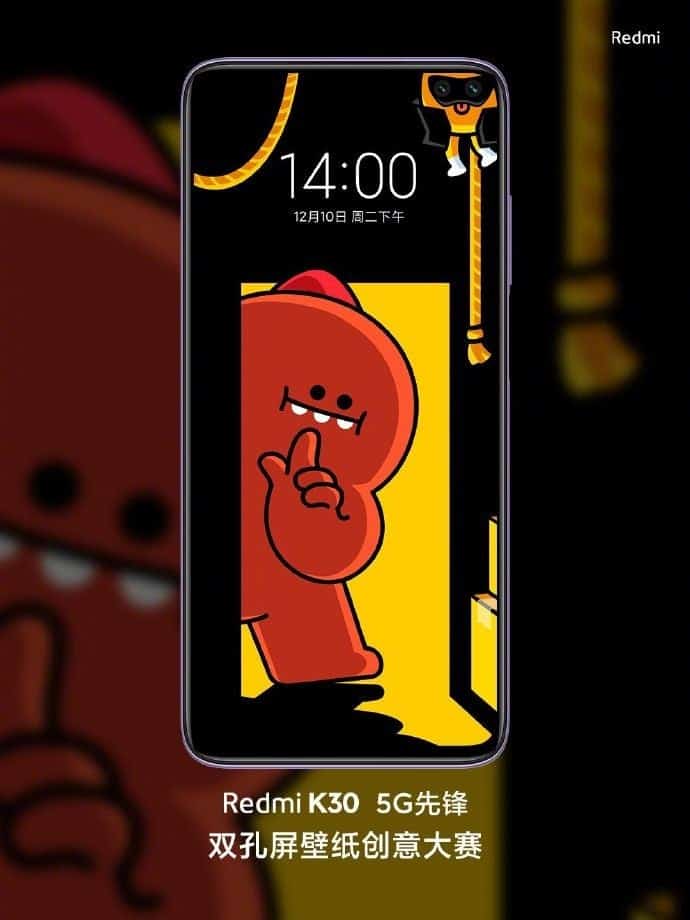 Next Older Pixel smartphones now getting some Pixel 4 features