Vladimir Putin still uses Windows XP despite the risk of hacking. The most recent operating systems from Microsoft have not received secret-defense certification. Which is why the Russian president still uses this obsolete OS. However, the Kremlin and all Russian government agencies should soon be running Astra Linux, a Russian OS based on Linux.

Even though Russia may be able to conduct large-scale hacking campaigns or to help a certain American president to win elections, it seems that its leader Vladimir Putin is not very to the point of cybersecurity. The Russian president still uses Windows XP on his personal computer in his office in the Kremlin and in his presidential residence in Novo-Ogaryovo near Moscow. 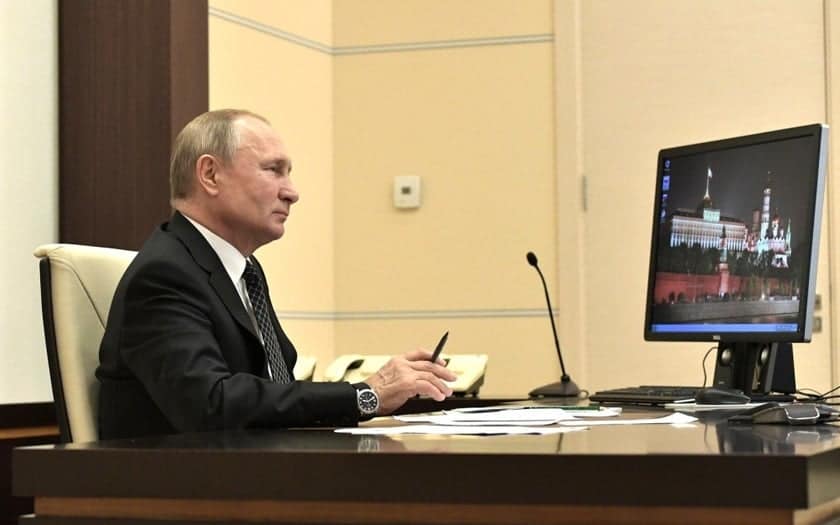 This is in any case what the Russian information site Open Media claims, based on photos disseminated by the presidential press service. You can also see one above. In the picture, we recognize the big blue taskbar of Windows XP and a photo of the Kremlin in the background. As a reminder, Microsoft stopped supporting Windows XP in April 2014. But why did Vladimir Putin not go under a newer OS?

Windows XP is “vulnerable to viruses and security vulnerabilities” as Microsoft points out. The most popular operating system of the 2000s is the last to have secret-defense certification. That’s according to documents from the Russian Defense Ministry. Windows 10 for example is approved on PCs that do not contain state secrets.

However, the old OS should get a change soon by Astra Linux. Which is a Linux distribution derived from Debian in development since 2008. The Russian government also wants to turn to Russian search engines like Yandex for example. The Kremlin has not commented on the fact that Vladimir Putin still uses an old Windows XP.

As our colleagues at The Guardian wisely point out, it is unclear whether Putin’s use of XP is a real threat to the Kremlin’s cybersecurity or not. According to OpenMedia, the risks are minimal since the former KGB officer “hardly ever uses the Internet”. Convinced that it is a “CIA project”.

Next Apple Got Patents For Screen Fingerprint Technology