On December 20, Li Xiaoshuang, the general manager of Xiaomi’s TV department, tweeted on Weibo revealing some interesting data concerning the company’s performance in the TV market. According to AVC’s omni-channel data monitoring, the Xiaomi TV sales in January – November 2019 period have been outstanding. Particularly, based on the data for the mentioned period, this brand ranks first in China. This, in 2019, Xiaomi is considered to be the number 1 TV brand in the world’s largest market.

Since the rise of Internet TV in 2013, after experiencing the crisis of various price wars and market wars, Xiaomi, which launched its own brand TV in May 2013, has become a leader in the Internet TV industry. The production and sales philosophy of Xiaomi TV is the same as that of Xiaomi smartphones. It is committed to popularizing high-end products. So more consumers can use high-end devices. Today, sales and shipments are continuously rising. It seems that this vision is not only realized but also has the support of the public. 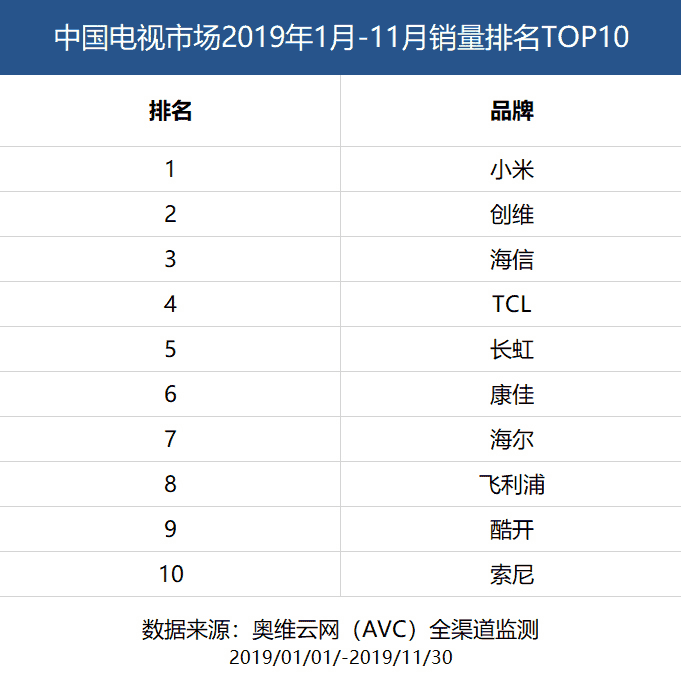 However, those who are familiar with the activity of Xiaomi should know this is not accidental. Any niche this company enters, it conquers it in a few years.

Next Twitter discovers a critical vulnerability in its app for Android