Li Xiaoshuang, general manager of Xiaomi’s TV department, tweeted today that if Xiaomi TV shipments exceed 10 million units this year, 100 televisions will be sent to users. ‘There is less than a week left this year. Just a little bit.’

Why did Xiaomi suddenly launch this goal? Some Weibo users recently released a chart of China’s TV market shipments and said: ‘For many years, the leader of the Chinese TV market has never shipped more than 10 million units in a year. Do you think Xiaomi TV shipments will exceed 10 million units this year?’ 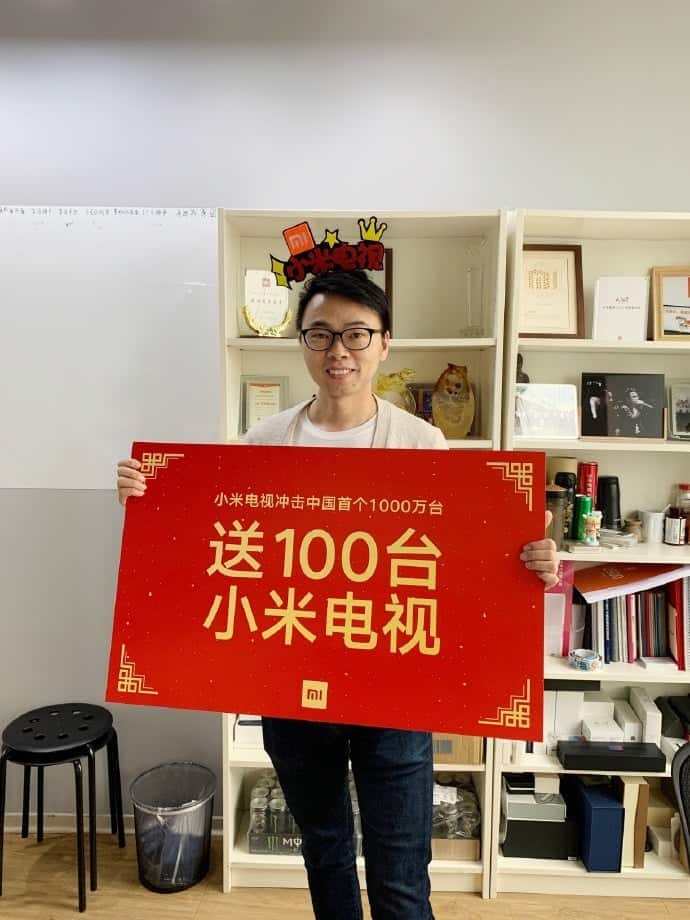 Li Xiaoshuang also said on Weibo: ‘No one has done it for decades, which does not mean that Xiaomi must not be able to do it.’ Lei Jun also reposted the Weibo post and said, ‘Shipping 10 million units a year – this is an unprecedented record in Chinese TV history!’

At the Xiaomi Mi 5 Series launch conference in November, Li Xiaoshuang announced that the third quarter will be the third consecutive quarter that the Xiaomi TV shipments are the largest in China. He also revealed that the manufacturer regularly ships about 2.3 million units per quarter. Xiaomi also set up a flag at the conference, striving to be the number one in China in terms of shipments in 2019.

Next Hacker threatens to reset 319 million Apple accounts, but it was a bluff