Huawei announced the MediaPad M6 series long before the MatePad Pro. The M6 series includes an 8.4-inch model, an 8.4-inch Turbo Edition and a 10.8-inch version. All three devices feature the Kirin 980 processor which makes them flagship tablets. When they were released, all three tablets ran EMUI 9.1 which is based on Android Pie. Yesterday, the Chinese Behemoth announced that an open beta version of the EMUI 10 is now available for all three tablets. As you know, EMUI 10 is based on Android 10.

According to Huawei, the open beta update brings an improvement to the system performance and also introduces an improved AI assistant. Moreover, it brings a new user interface along with a system-wide dark mode. In order to get the beta update, users will have to the Huawei Club app and select EMUI Zone at the top right corner. There they will find an option to select “Beta Upgrade” 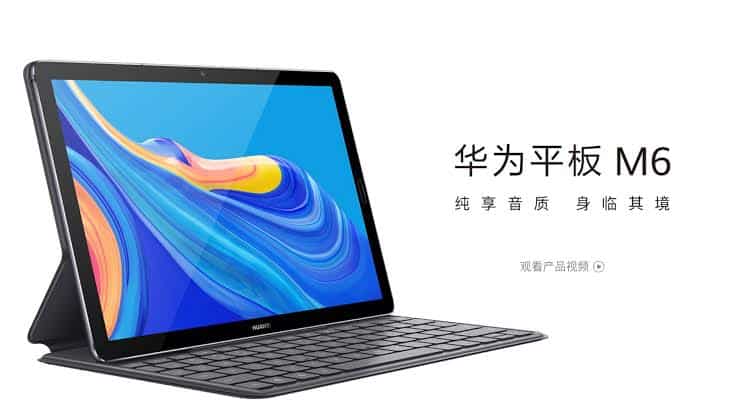 The MediaPad M6 series all have IPS LCD displays, the same 13MP rear camera, and 8MP front-facing camera. The 8.4-inch and 10.8-inch versions are available in 4GB RAM and 64GB or 128GB storage configurations. The Turbo Edition, however, is available only in a single configuration with 6GB of RAM and 128GB of Storage.

Worth noting that the 10.8-inch model is the only variant with a fingerprint scanner and an audio jack. It also has a larger battery capacity of 7,500mAh battery. The smaller models are equipped with a 6,100mAh battery. For more details about the update you can head over to Huawei community forums.

EMUI 12 and HarmonyOS 3.0 to launch in October