Here we are with the last chapter of our “Gizchina Smartphone Awards”. After covering the flagship and mid-range segment, we arrived at the bottom of the smartphone market. However, this doesn’t necessarily mean that we’ll be listing the weakest smartphone out there. This time, we’ll be selecting the smartphones that in our opinion were the best budget phones of 2019.

Not everyone wants to pay a rim for a smartphone but also this doesn’t mean that we don’t want to see interesting features and adequate performance at a low price tag. In recent years, companies have been listening, mainly because of the strong wave of devices coming from China. If in the past the budget segment has been plagued with smartphones that were a true pain to use, now we have better and better offerings in the budget line. Of course, all of them have some limitations, but at least, companies are learning to not sacrifice performance and that battery is more important than the thickness of budget devices.

This year has been marked by the rise of Realme and its budget offerings, but we also saw Xiaomi’s Redmi with its myriad of cheap and good smartphones. There was even space for some cool surprises from Lenovo. And how to forget about Samsung? If in the past the Korean firm has filled the budget segment with poor offerings, this year it has promoted a complete overhaul in the low-end segment with the Galaxy A and M series.

This time things will be a little different. Instead of simply listing the cheap smartphones that sit over the low-end segment, we’ll be listing the budget phones of 2019. Devices in this class are among the best value for money phones that we can find in the market. The list is based in our opinion and overall customer impressions. So if you don’t see your particular preference here, take in mind that we can’t cover every device in the market, and feel free to share your thoughts in the comments section below. Moreover, this isn’t a ranking, so the order of list doesn’t really matter. 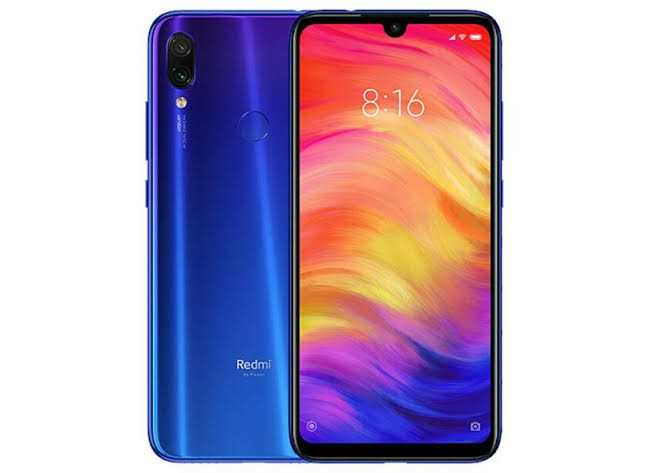 We start the list of budget aka best VFM smartphones with the Redmi Note 7. We can say that it is one of Xiaomi’s most popular smartphones sold in 2019. The device was released early this year and grew in popularity shortly after. It came with an appealing 48MP camera and basically kicked off the trend among mid-range and budget devices. A few time after the release of the original Note 7, Xiaomi came with the Redmi Note 7 Pro. Unfortunately, the most powerful variant was limited to the India and China. 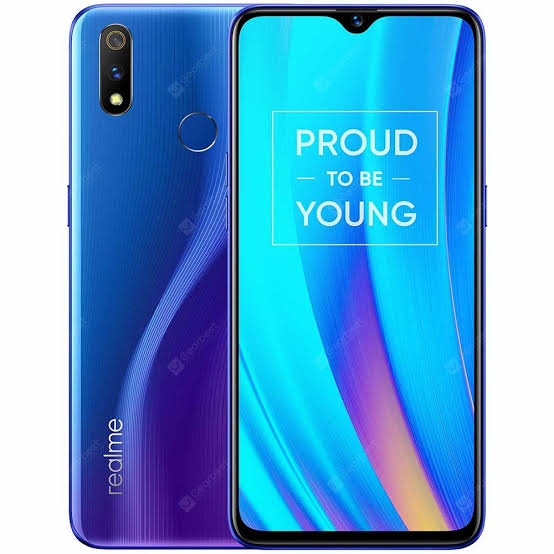 Realme surprised everyone in 2018 with affordable smartphones with solid performance. However, the company intensified its portfolio this year with smartphones that were packed with premium appealing features. One of the first smartphones released by the company this year was the Realme 3 Pro.

Among the pros, the Realme 3 Pro brought the Snapdragon 710 to the budget segment. Moreover, it came with a gorgeous bezel-less display with a waterdrop notch, dual-camera sensor, and a massive 4,045mAh battery. 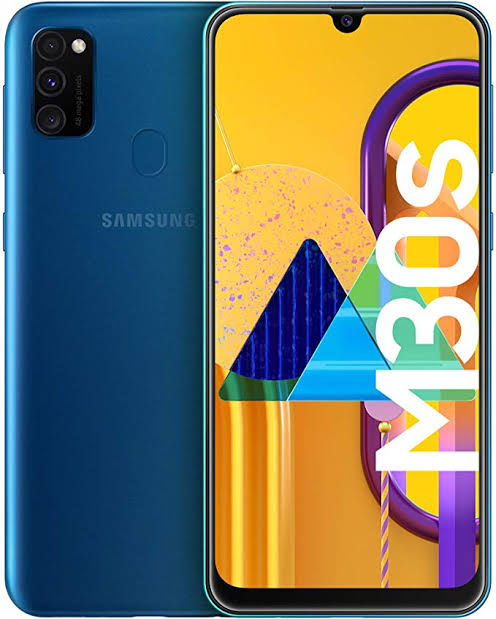 When we say that Samsung has completely reinvented its portfolio of smartphones this year, we are not kidding! If the company was known for shipping cheap smartphones with subpar specs, low-quality screens, and poor batteries, now it is known for bringing some features from its flagship segment to the budget line.

While the South-Korean firm has come with many new good offerings under the Galaxy A and M series, we decided that the Galaxy M30s is one of the most notable smartphones offered by the company this year. First of all – It packs a massive 6,000mAh battery. The handset boasts Samsung’s in-house Exynos 9611 SoC and has a gorgeous Super AMOLED display.

It’s interesting to notice the triple-camera setup on the rear lead by a 48MP primary sensor. The square-ish island comprising the three cameras is the first of a new design language adopted by Samsung. We expect to see many smartphones in the next year featuring such design language in the rear camera. 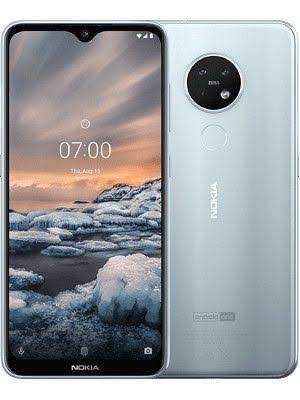 Well 2019 was a bit strange for HMD Global and its Nokia smartphones. First of all, the company failed to gather attention over its Nokia 9 PureView flagship. Then, its midrange devices lost a bit of appeal. This is mainly due to the intense competition coming from China and the recent rise of the Realme brand. Despite this, Nokia managed to deliver some solid offerings like the Nokia 7.2.

The chipset isn’t the best in the market, and it’s quite old, however it’s a good offering at the price point. The handset comes with a big 4,000mAh battery, a 48MP camera and it’s part of the Android One program. 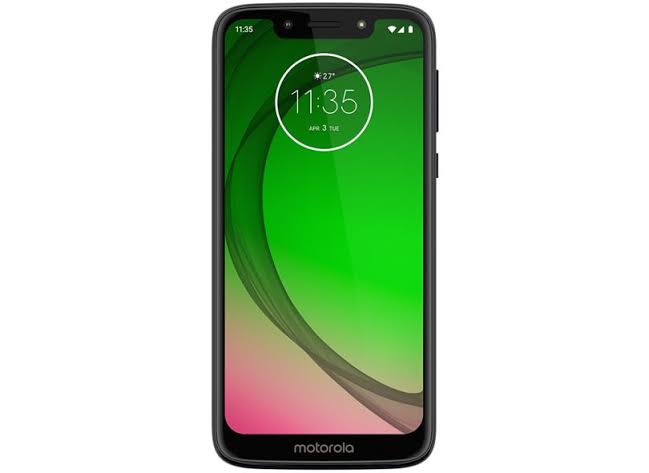 Motorola was in the past a sole force among the budget segment. However, the company lost a lot of space in the past few years. However, this wasn’t enough to blow away the Moto G series popularity.

This year, the company made some good numbers with the Moto G7 Play. The device isn’t packed with the best internals in the market, but it manages to play some intensive games like PUBG. Despite the use of plastic, Motorola managed to equip the G7 Play with a premium look. The clean software experience also helps the smartphone to be faster than some competitors. Unfortunately, Motorola made some sacrifices in the cameras, but that’s understandable in a device that costs less than $150. 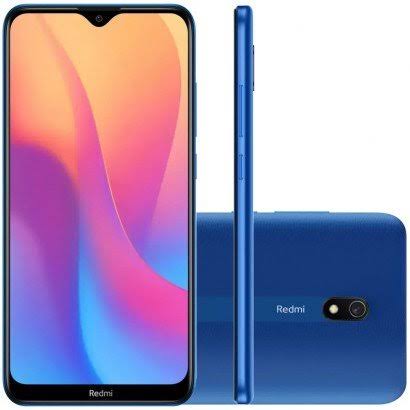 If we were in 2018, then this place would be probably taken by the Redmi 8. However, Redmi decided to make a controversial change on its recently released Redmi 8. It has the same specifications as the budget Redmi 8a. For that reason, it’s hard to recommend the Redmi 8 over its 8a fellow. Unless that you really need a fingerprint scanner and better cameras. If you need it, you’ll have to pay more, and if you want to pay more we would recommend you take the Redmi Note 7 or 8 instead. Got the picture?

The Redmi 8a came with a Snapdragon 439 SoC that it’s okay for the price point. Among the main selling points, we have a massive 5,000mAh battery with fast-charging support. Yes, Redmi finally ditched the old micro-USB standard in favor of the USB Type-C port, this allows the Redmi 8A to support 18W fast-charging.

This is another controversial change adopted by Xiaomi this year. The Xiaomi Mi A series has been one of the company’s greatest success in the mid-range class over the past two years. The first Xiaomi Mi A1 was a great hit, then the company released the Mi A2 which was less appealing, but still got good impressions from customers. This year, however, the company brought the Xiaomi Mi A3 and some users considered it a downgrade over other mid-range devices.

First of all, it has an HD display while its predecessors were packed with FullHD panels. The reason is simple, Xiaomi decided to go with an AMOLED screen to equip an in-display fingerprint scanner. In order to reduce the final price, the company opted for a cheap pentile AMOLED with HD+ resolution. That’s the reason, but it wasn’t enough to hold the backlash.

Another reason is the chipset choice. While the Snapdragon 665 is a good choice for a midrange, it sits behind the Snapdragon 675 which was being offered in the Redmi Note 7 Pro.

Despite all the controversies, we still think that the Mi A3 is a great choice for those who want Xiaomi’s hardware, but prefer to use a clean vanilla Android experience. Moreover, it’s one of the cheapest smartphones in the market equipped with an in-display fingerprint scanner. 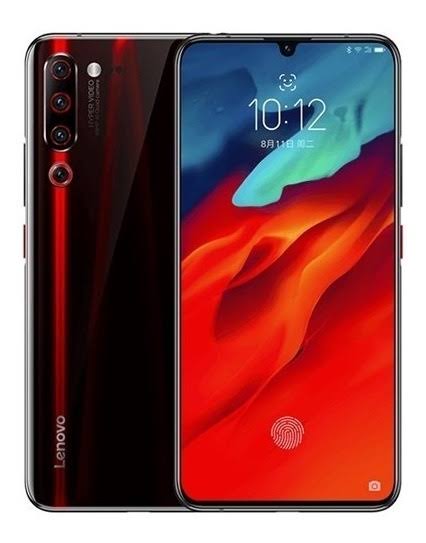 Now we have a surprise! One could throw fire on us for putting the Z6 Pro along with the best budget phones of 2019. But we can’t help! While this smartphone ticks all the boxes of a flagship device, it is cheap! Not cheap like a Redmi 8a or a Realme 3 Pro, however, it is really cheap for a smartphone that holds the Snapdragon 855 SoC.

The package is completed by a 6.39-inch AMOLED display with a Quad-Camera setup on the rear and an in-display fingerprint scanner. There’s even a 4,000mAh battery with fast-charging support. This device is cheaper than some mid-range offerings from other companies. If you don’t mind Lenovo’s ZUI interface, that’s a great deal that can’t be ignored! 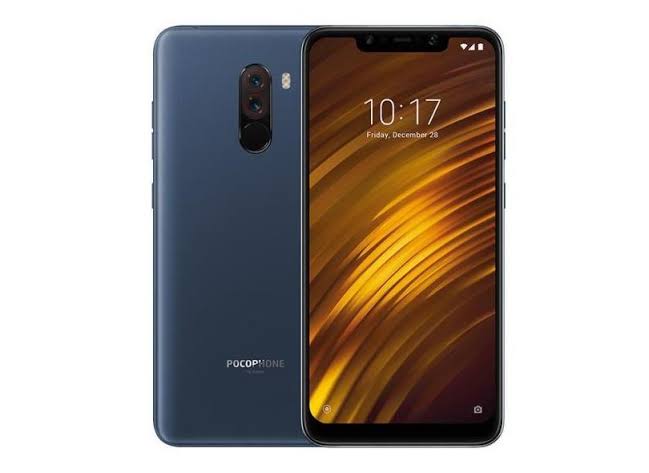 All hail the king of 2018 mid-range class, the first flagship killer of Xiaomi, the great Pocophone F1! Well, this smartphone isn’t a 2019 devices. Still, we believe it deserves a place among the best budget phones of 2018. You can still find it across online retailers for a cheap price tag and it still offers an amazing package of the specs for the price.

The device packs 2018 flagship SoC the Snapdragon 845 which still blows away most of the mid-range SoCs in the market. Moreover, the device is equipped with a massive 4,000mAh battery that supports fast-charging and has received massive after-market support with many custom ROMs. If you don’t mind the old design with a wide notch and the aging cameras, the Pocophone F1 still is a great offering.

Fans of the brand believe that this isn’t the end for the Poco series and that Redmi K20 and K30 phones can’t succeed the Poco F1 king. According to rumors, we’ll hear more news about the legendary Pocophone F2 in 2020, so stay tuned.

BEST BUDGET PHONES OF 2019 IN YOUR OPINION