The Xiaomi and Redmi brands collectively released 13 smartphones in 2019. While Xiaomi has six devices, Redmi has seven. According to recent reports, two of Redmi’s 2019 phones now have new colour options. These phones are entry-level Redmi 8 and mid-range Redmi Note 8 Pro.

Today, Redmi officially launched the Redmi Note 8 Pro twilight orange color scheme. This colour will be available in 6GB + 128GB and 8GB + 128GB configurations. From tomorrow, potential buyers can get this device. 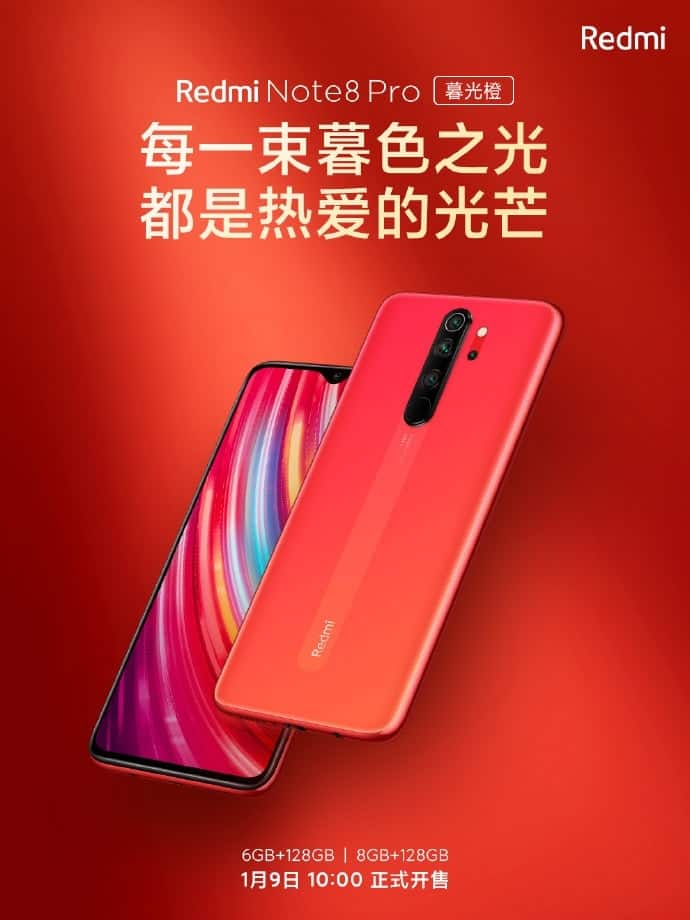 In terms of configuration, the Note 8 Pro comes with a Helio G90T processor which has 2 ARMCortex-A76 and 6 Cortex-A55. It uses a built-in 4500mAh battery which supports 18W fast charge. This phone also comes with a USB Type-C interface, 3.5 mm headphone jack, multi-function NFC and Infrared remote control. In terms of cameras, the Redmi Note 8 Pro has a front 20MP camera. On the rear, it has a 64MP main camera in a quad-rear camera setup. The main sensor is a Samsung GW1 sensor.

As for the entry-level Redmi 8, it gets a new Phantom Red color scheme. As usual, this smartphone has 4GB of RAM and 64GB internal storage. It comes with a huge 5000mAh battery and will be officially available tomorrow (January 9) at 10:00 am. 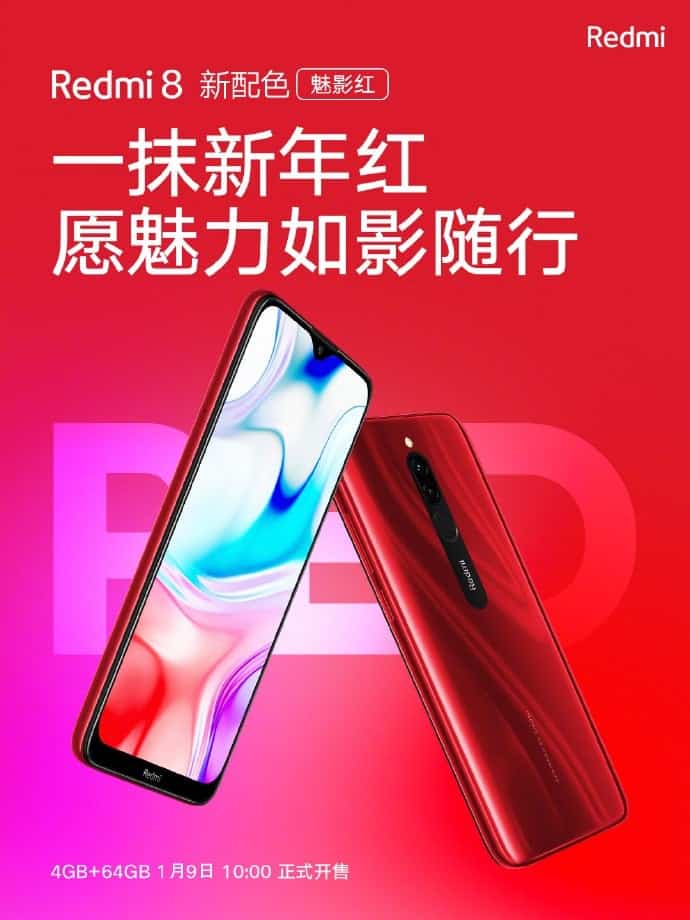 Redmi 8 uses a 6.22-inch, 1520 × 720 resolution waterdrop screen with Corning’s fifth-generation Gorilla protective glass. On the front, there is an 8MP sensor while the rear has a 12MP+2MP dual camera setup.