According to market analysis company, Sensor Tower, mobile gamers spent billions of dollars globally last year. The research data shows that global consumer spending (on games) on Android and iOS devices mobile games in 2019 is as high as $61.7 billion. This is a 12.8% increase relative to the $57.4 billion of 2018. 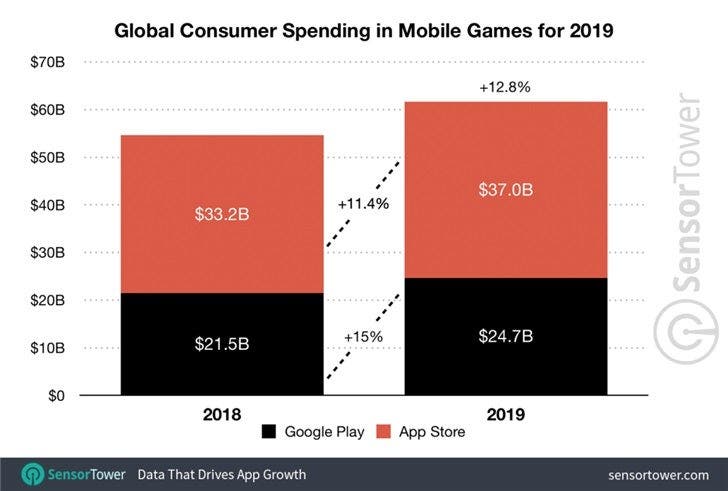 In 2019, Android and iOS devices also downloaded a large number of games. The highest game installations hit 42.1 billion times. This is an increase of 9.9% relative to 2018.

Among them, Google Play Store account for 78% of all game downloads. “Eat chicken” and “Garena Free Fire” are the most popular games on the platform. On iOS, Call of Duty is the most popular game in terms of revenue. Sensor Tower also pointed out that the mobile game industry is in a healthy state of competition. In the top 20 list of total game downloads in the fourth quarter of 2019, no game publisher can exclusively occupy 3 positions.