MWC 2020 happens in the next month and a lot of companies will be attending special events for the launch of new products. The companies that already confirmed presence are Vivo, TCL, Realme, Sony and Motorola. Now, HMD Global, the Finnish company behind Nokia’s revival, has sent out invites for a press conference on February 23 in Barcelona.

The event is scheduled for 4:30 PM Central European Time. HMD Global is expected to announce a couple of new smartphones for the mid-range segment and maybe we’re going to see a new high-end dubbed Nokia 9.2. Other devices that may appear in the event are Nokia 4.3; the entry-level Nokia 1.3; and the feature phone dubbed Nokia 400. Moreover, reports indicate the arrival of Nokia 8.2 which is an upper-midrange phone with 5G connectivity. 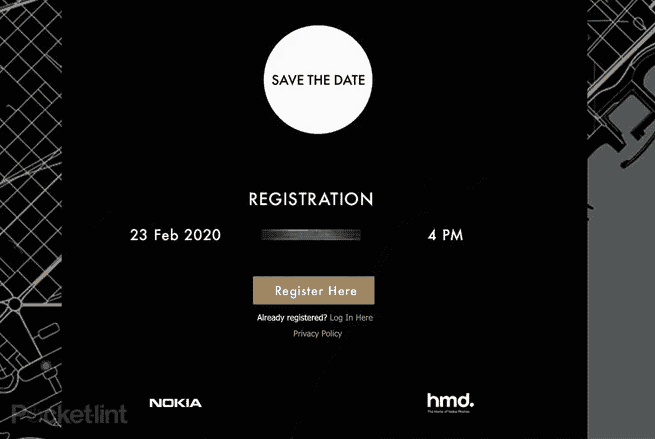 Besides the new smartphones, HMD may also unveil new accessories which include audio accessories. According to PhoneArena’s report, we may be getting a fitness tracker as well. Nokia brand has undoubtedly lost some space in 2019 after the spectacular rise in 2018. That was due to the intense competition in the mid-range segment, where Nokia is focusing. The company has been lacking a proper flagship, but this may change with the upcoming Nokia 9.2.

Some rumors suggest that we won’t see a flagship from Nokia at MWC, but it will eventually launch in the first half of 2020. The Nokia 9.2 will drop the fancy light technology in favor of the conventional camera setup. It will boast Snapdragon 865 and won’t be too expensive like other flagships.