There are still many Huawei phones that are waiting to receive the expected update to EMUI 10 based on Android 10. Recently we have seen the models that will be updated in February, while older ones will never be able to try all the new features of the new layer. But now we will look to the future with EMUI 11 and the mobiles that will have the privilege of being updated.

It was in September last year when Google announced Android 10. This new mobile operating system incorporates interesting developments such as the famous Dark Mode at the system level (also available without having EMUI 10 ), new gesture controls, security improvements and new permissions administrations for applications. While many devices of different brands wait for their turn to be able to update, we already begin to hear rumors about Android 11.

Android 11 just around the corner

If everything follows the planned roadmap, Google is expected to offer the first preview of Android 11 in March this year, starting the beta for the Pixels. This process takes around 4 or 5 months, in which different versions are released until the stable version is presented again in late summer 2020. This means that we are only a few months away from being able to take the first look at Android 11.

Manufacturers like Huawei work in parallel to adapt Android 11 to their personalization layers. The Chinese company announced EMUI 10 during the Huawei Developer Conference. Not all mobile phones that are receiving EMUI 10 may be lucky enough to upgrade to EMUI 11, as many will end their update cycle, which, without being a fixed rule, is usually set to two years. 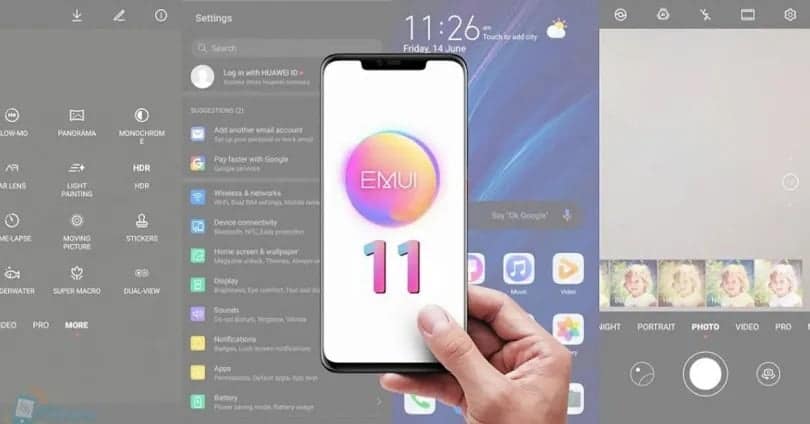 Huawei phones that should receive EMUI 11

The following list is formed taking into account the devices that have been chosen to upgrade to EMUI 10 and with those that by seniority will not be updated to the new version. Huawei could officially present EMUI 11 during its developer conference during the second half of 2020.

We must bear in mind that we are facing an unofficial and forecast-based list, taking into account the Huawei update policy of previous years. This year also, it seems crucial for Huawei, as the company is working in the development of its own applications to be able to fight against Google and the ban of the United States government. This means that EMUI 11 could be the biggest jump in the history of this layer and one of the most important turning points for the future of Huawei.

Next Avenir Telecom consolidates its presence in the Middle East