We guess everyone is familiar with the Qualcomm Snapdragon, Hisilicon Kirin, and MediaTek Dimensity flagship chip series products. They provide the most basic chips for our smartphones and other products. But behind them is ARM, a mobile processor solution provider. Today, it announced the financial results for the third quarter of 2019 (2019.9-12), showing that the company’s total partner chip shipments reached 6.4 billion, which is another record.

Among them, the shipment of Cortex-M processors reached 4.2 billion. This is a record. ARM said that this represents the increasing demand for embedded smart chips in terminal equipment. So far, ARM’s partners have shipped more than 160 billion ARM-based chips, with an average annual shipment of more than 22 billion in the past three years. 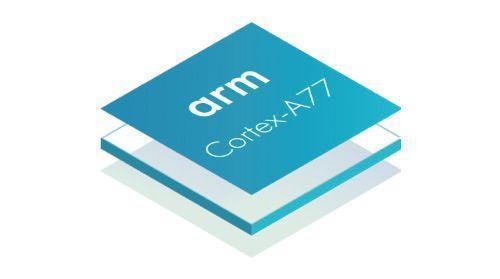 The Cortex-A series is the common processor architecture in smartphones. Although it has relatively high performance among ARM products, the shipments are relatively few. This product accounts for about 10% of the total.

Among them, the strongest Cortex-A77 large core currently appears only on Qualcomm Snapdragon 865, MediaTek Dimensity 1000, Samsung Exynos 990 and other chips. Also, high-end smartphones occupy a relatively small proportion of the overall smartphone field. So they will not be counted separately.

By the way, earlier, Softbank reported quarterly revenue at ARM of USD 505 million, up 3.9 percent from a year earlier. Adjusted EBITDA improved to USD 125 million from 119 million in the same period of 2018.

“Additionally, our accelerated investments in new technologies and developer ecosystems resulted in our biggest number of licences signed in a quarter since 2015. ARM, together with the world’s largest compute ecosystem, are well-positioned to enable efficient distribution of more intelligence across endpoint devices, build an AI-driven network edge, while pushing more efficiency and cost-savings into the cloud.”

Next Huawei is internally testing HMS on four smartphones