The Google Play Store is installed on all certified Android devices, including Samsung Galaxy smartphones and tablets. It is the main source for users to find and install applications and games. However, now Google, the Internet service giant, has begun publishing its applications on the Samsung Galaxy Store app market. It further shows the deepening cooperation between Google and Samsung. Currently, only two Google apps are available in the Samsung Galaxy Store: Google Translate and Wear OS By Google Smartwatch. The number of Google apps listed in the Galaxy Store is expected to increase in the next few days. 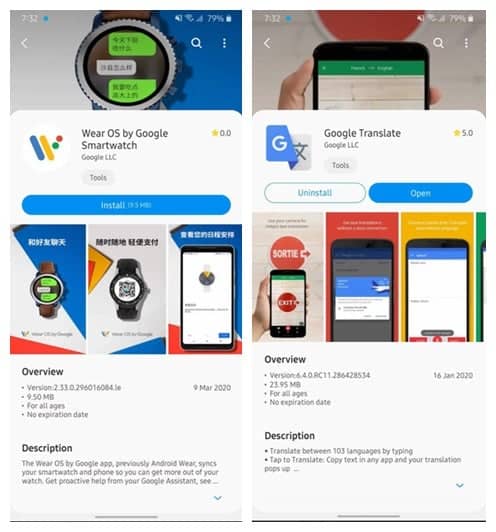 In the past few years, Samsung has been uploading its own Android application on the Google Play Store. As of now, Samsung has nearly 24 apps in the Google Play Store. This makes it easier for users to update all apps on their phone from one app store. It also makes it easier for Samsung to release app updates without having to push a full firmware update. What do you think about Google’s latest move to put its apps on the Samsung Galaxy Store? Is this a good move by the American company? Let us know your thoughts in the comment section below