Redmi just officially kicked off its teaser campaign for the Redmi K30 Pro yesterday with a bunch of featured showed off on social media. Today, while the company teased a new White colour variant and a partnership with the Fast and Furious franchise for an exclusive limited edition, a Redmi K30 Pro Zoom Edition has appeared. Geekbench recorded a log of the entirely new device on its platform and its moniker does sound very interesting.

According to the benchmark log, the K30 Pro Zoom Edition has an ARM chip with an octa-core 1.8GHz frequency and 8GB of RAM with Android 10 running as software. Its motherboard is named “Imipro”. Buzz around Chinese watercoolers is that this handset houses the 108MP sensor to justify the “Zoom Edition” moniker. The standard Redmi K30 Pro models are confirmed to receive a 64MP main sensor. 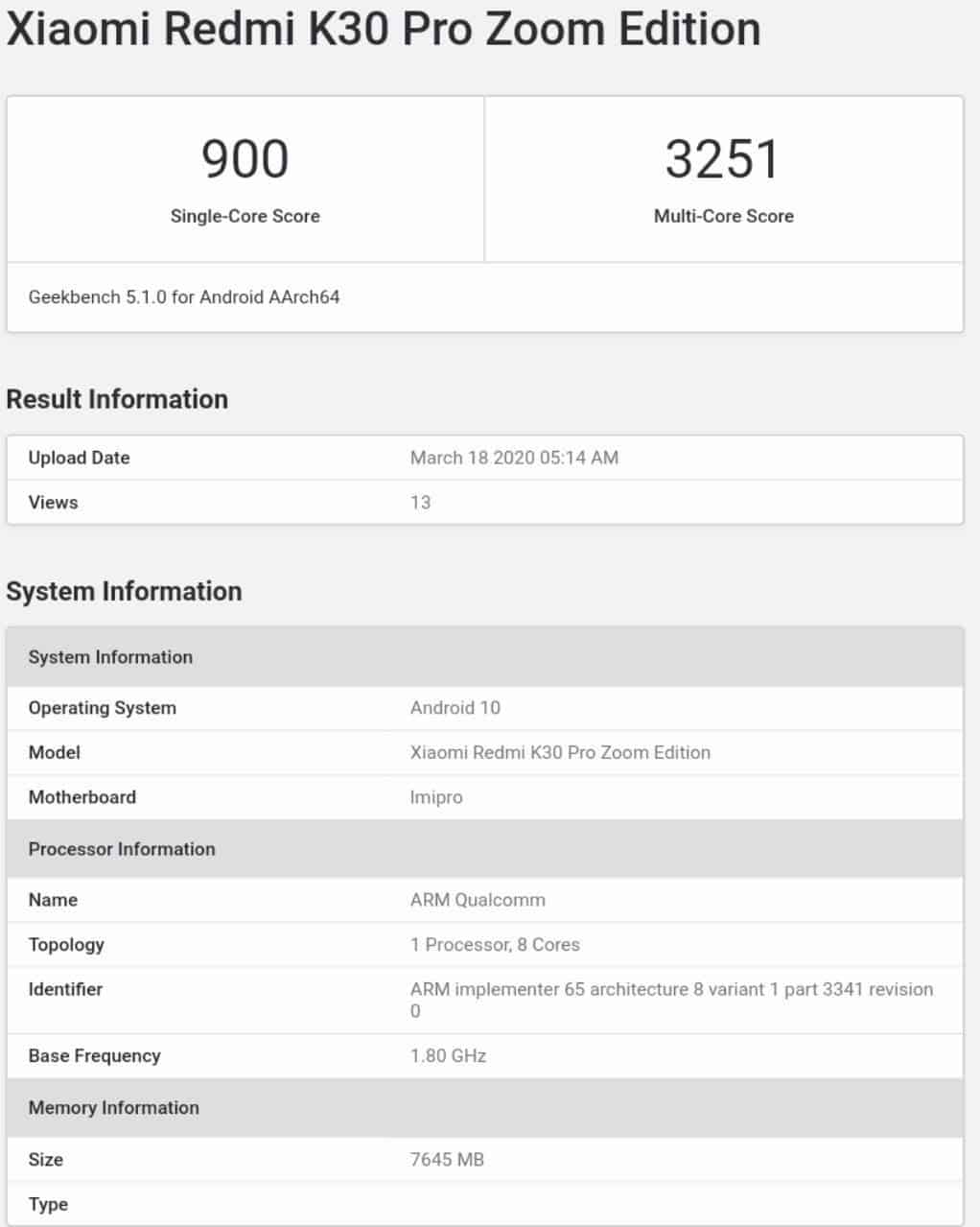 Apart from that, the Redmi K30 has been teased to house the biggest cooling chamber on a handset. It also has LPDDR5 RAM, UFS 3.1 storage, and the Snapdragon 865 SoC (obviously).

In terms of design, the Redmi K30 Pro looks like a big departure from the Aura Prime gradient that was employed with its predecessor. The rear camera also now sits in a circular cutout, however, the pop-up front camera stays. The in-display fingerprint reader is also likely there as the red power button (in the latest render) doesn’t house a fingerprint reader. 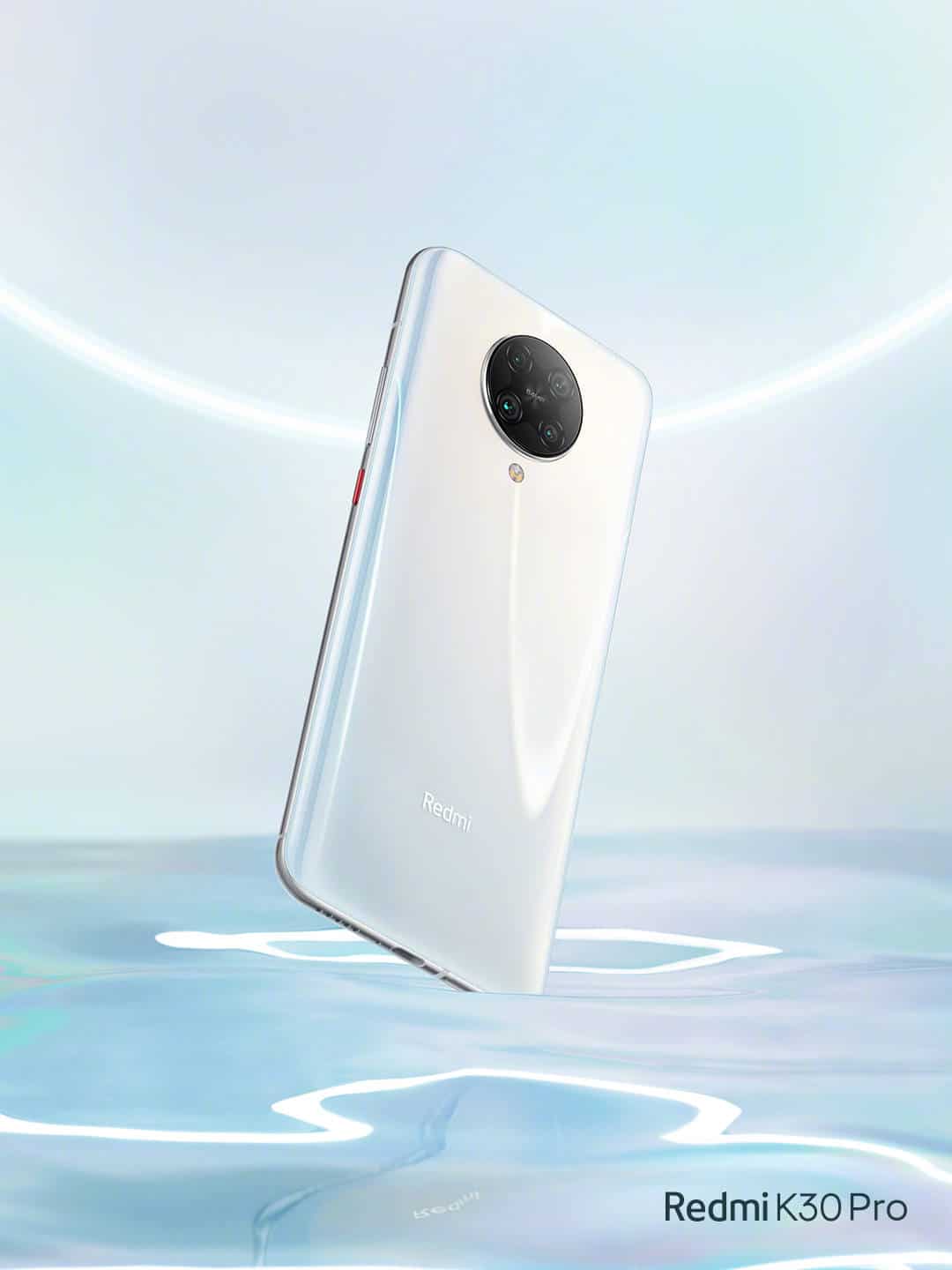 Next POCO X2 goes on temporary open sale in India