Samsung has already kicked off upgrades to its M series of phones this year with the Galaxy M31 and now, we should get ready for an entry-level offering in the lineup. The Galaxy M11 press renders have broken cover unofficially yesterday and some important specifications of the handset have also leaked alongside the renders. There’s no launch date yet for the phone, but considering its appearance on a number of certification agencies such as Wi-Fi Alliance and Google Play Console, we’d say its official announcement isn’t far.

The Galaxy M31 brought a hole-punch to the series and the Galaxy M11 will also follow in its footsteps, the renders suggest. As per the leak, the display is a 6.4-inch 720×1560 LCD touchscreen while the camera housed inside the hole is an 8 MP selfie shooter. We still don’t know the exact processor but it’s a 1.8Ghz octa-core CPU built into a Snapdragon 450 chip. This will be assisted by 3GB or 4GB of RAM, and 32GB or 64GB of expandable storage. 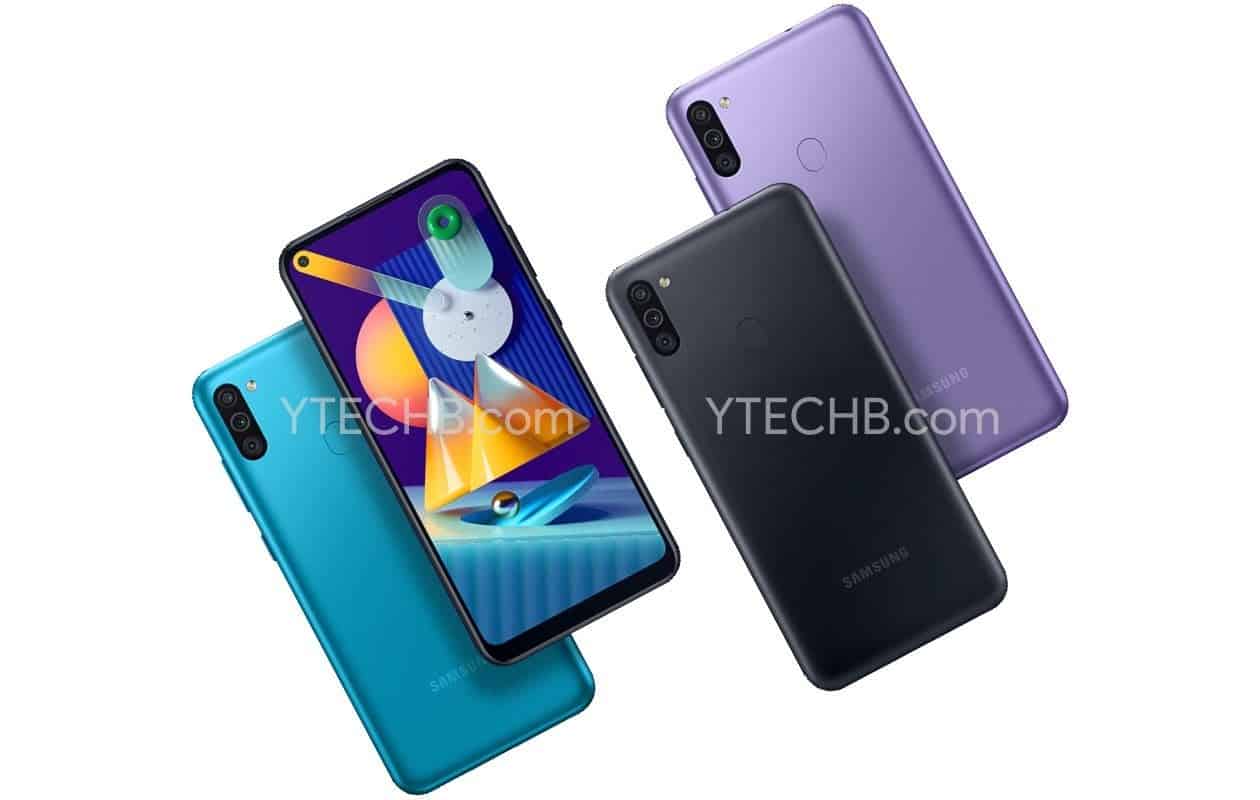 If information turns out to be correct, the handset has a massive 5,000 mAh battery with 15W charging (USB-C). It wouldn’t be surprising to see Android 10 with One UI 2.0 out-of-the-box on the device and that’s what the leak says also.

In terms of back panel design, the Galaxy M11 has a plain (likely polycarbonate shell) with a triple camera setup consisting of a 13 MP main f/1.8 snapper, a 5 MP f/2.2 ultrawide, and a 2 MP f/2.4 depth sensor.

Next OnePlus testing AOD feature, results out next week

Realme C21Y launching in India on August 23 with Unisoc chipset