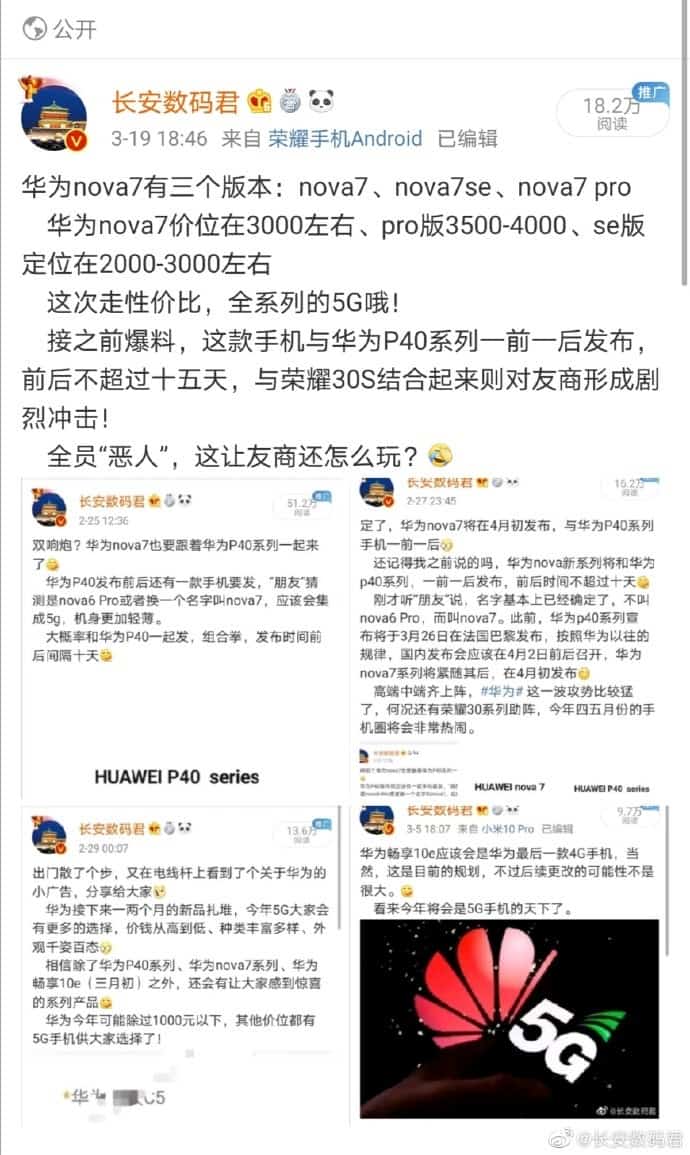 Recall that two Huawei 5G phones with models JER-AN10 and JEF-AN00 passed the 3C certification. There are reports that these devices are the Huawei nova 7 and nova 7 Pro with 40W charging Device. In addition, there are reports that nova 7 uses an LCD punch-hole screen + side fingerprint module. The Nova 7 Pro uses an OLED hyperboloid screen + screen fingerprint module.

As of now, there is no more information regarding these smartphones. Thus we will have to wait a few days to get more speculations or wait for the official launch.