After launching the Pixel 4 and 4 XL, Google is now working on its cheaper Pixel device dubbed Google Pixel 4a. As the name suggests, the device will be a successor to the previous Pixel 3a lineup. In the past, the upcoming 4a series has been a part of numerous leaks and rumors. After a while, we now have another leak revealing key aspects related to the design. 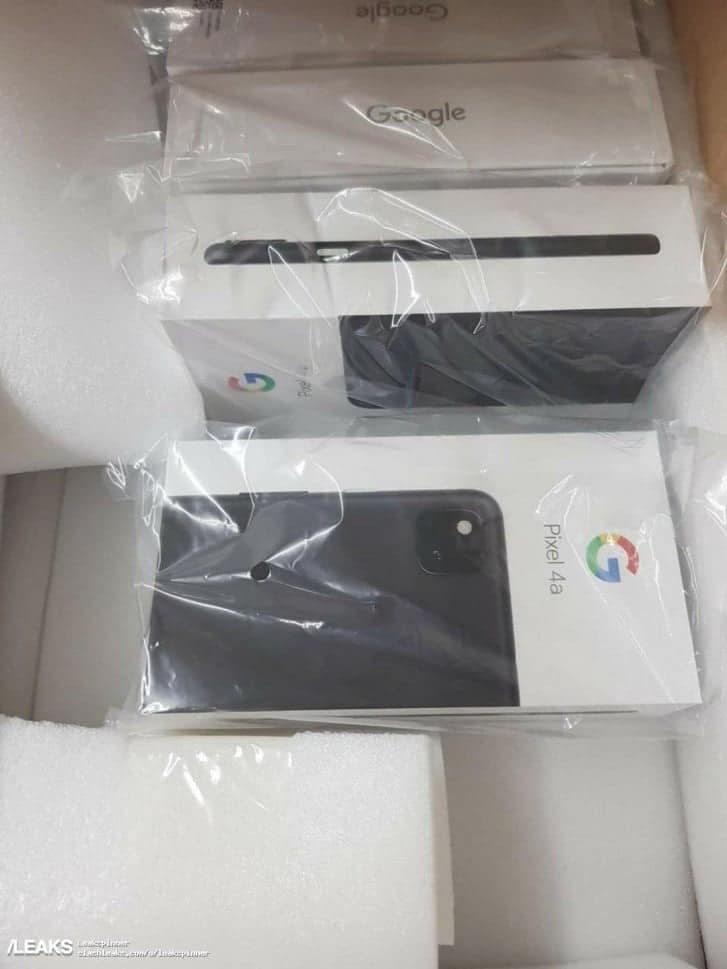 As per the recent leak, we now have the images of the retail packaging box for the upcoming smartphone. Thanks to the leaks and images, we now know what the packaging and the design look like. As you can see in the images, the packaging aesthetics is pretty similar to what we’ve seen with the Pixel 4 lineup. There is a white-colored showing two-third of the back of the phone.

Looking at the design, the Pixel 4a can be seen featuring a square rear camera module. We’ve seen the same design with the previous Pixel 4 lineup. The module does have a solid bump but features only a single camera sensor along with an LED flash in the diagonal fashion. Another view of the box reveals one side of the phone and showcases a white-colored power button.

As expected, the power button will have a different color accent depending on the primary color of the phone. In this retail packaging, the device comes in black color making the power button white. Sadly, the leak doesn’t reveal anything else about the device.