In a few month’s time, gamers will have two consoles to choose from. Will it be Sony PlayStation 5 or Microsoft Xbox Series X? While some people have already made up their minds on which consoles to get, others are a bit confused. In fact, some have concluded that they are buying both. Recently, Microsoft’s Xbox former marketing director, Albert Penello, ex expressed some views on the Sony PS5 DualSense controller. 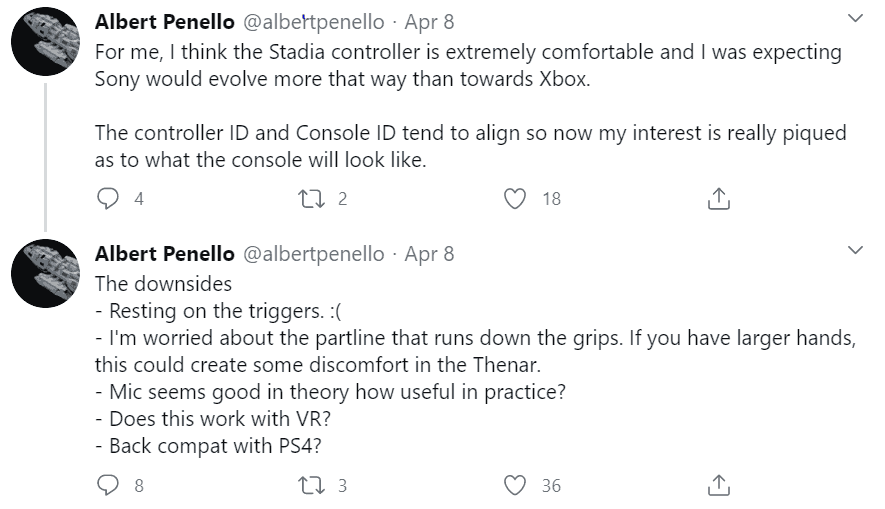 According to Penello who was Xbox marketing director for 17 years, the PS5 DualSense controller seems quite comfortable. However, he had expectations that Sony will do more. For him, the DualSense controller ID and Console ID tend to align. We can only imagine what the PS5 console itself will look like.

For Penello, the following downsides are possible

According to Sony, the PS4 controller is compatible with PS5. However, this does not mean that the PS5 controller will also be compatible with PS4. However, the PS4 > PS5 compatibility (controller) is a good one because some people will not have to purchase a PS5 controller. Sony has not confirmed more details about the PS5 and its DualSense controller. As of now, we don’t have information on the price, paint job, game support etc. However, we have the complete hardware specification for both the Sony PS5 and Xbox Series X.

Next Samsung will continue to release cheaper 5G smartphones