After debuting at the German IFA last year, the Kirin A1 chip has been used in Huawei FreeBuds 3 true wireless Bluetooth headsets, Huawei Watch GT 2, and other products. Now, after communicating with Huawei’s wearable and audio product marketing manager Zach Yang, they learned that the A1 chip is also planning to cover more products, such as headphones, smart glasses, and smart speakers.

The Kirin A1 is the first wearable chip launched by Huawei that supports both wireless audio devices and smartwatches. Also, it has obtained Bluetooth 5.1 and Bluetooth low energy dual-mode 5.1 standard certifications. In a compact size of 4.3mm * 4.4mm, it integrates a number of components. Among them, we can mention a Bluetooth processing unit, an audio processing unit, an ultra-low-power application processor, and an independent high-efficiency power management unit. 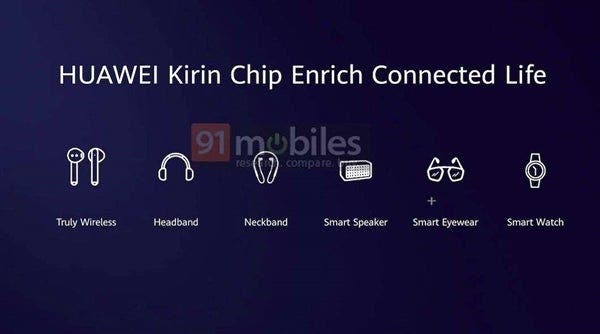 For example, for the delay problem of wireless headphones, the Kirin A1 chip uses a self-developed dual-channel transmission technology. So the two headphones obtain the left and right channel signals directly from the smartphone side. And they directly communicate with the phone to avoid interference. Apart from this, not only the power consumption is 30% lower than other TWS wireless headphones but the delay can be as low as 190ms. Ultra-low delay is very important for games. So now, you can experience real-time synchronization of audio and video.

Next Apple iPhone SE 2020: Suning has over 550,000 appointments, white is the most popular