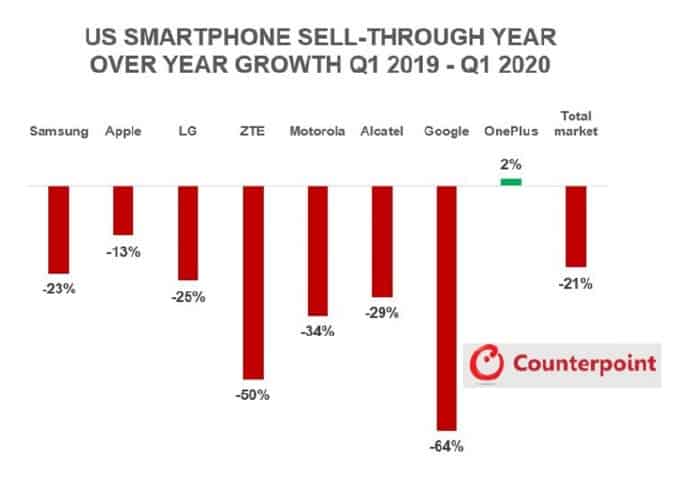 OnePlus is doing well in the U.S. smartphone market

However, OnePlus did not post a decline in the U.S. market for Q1 2020. According to CounterPoint’s report, the Chinese manufacturer recorded a 2% increase. It is the only brand with positive sales among the major mobile phone brands in America.

Despite the effect of the coronavirus pandemic, OnePlus still managed to record growth which is commendable. It also shows that the OnePlus 7T series is very competitive, at least in the U.S. smartphone market.

What do you think about OnePlus’s performance in the U.S. phone market? Does it have the capacity to sustain its positive growth? Let us know your thoughts in the comment section below.