Despite the abundance of domestic manufacturers in China, about 9.5% of all Apple smartphones produced are sold in China. And today it turned out that Lei Jun, Xiaomi’s CEO and co-founder, uses the iPhone from time to time, and not its own flagship devices represented by Xiaomi Mi 10 Pro or Mi Mix Alpha.

His recent post on which he recommends several books on the Weibo social network excited Chinese users. Because the post signature indicates which phone he used: iPhone. Typically, this functionality is used by companies for hints and teasers of upcoming smartphones, but in this case, the post was suddenly deleted and republished from Xiaomi Mi 10 Pro. 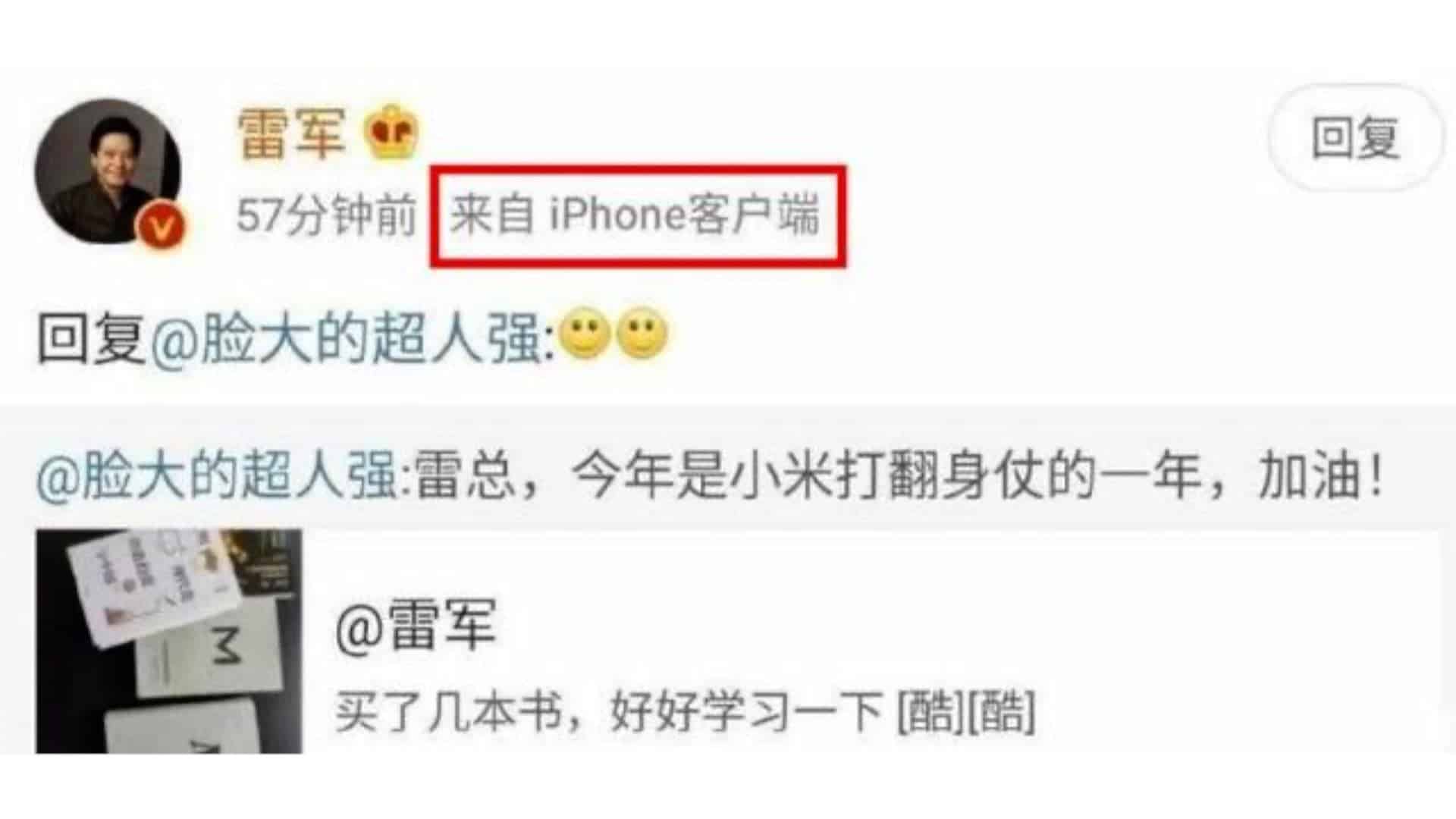 Xiaomi partner Pan Jiutang stood up in defense of Lei. He explains this situation by the necessity of testing the competitors’ devices. However, what is the reason for such a late test of the iPhone 11. The smartphone is available for more than 7 months now and why the post was re-published – think for yourself.

It is worth mentioning that Xiaomi is constantly promoting its gadgets and does not even particularly hide the companies that it inspires – most often it is Apple.

Recall that recently, Lei Jun, has mentioned the Mi Mix 2 with ceramic finish as his favorite Xiaomi phone. Xiaomi’s Mi Mix series of smartphones is famous for offering a full-screen experience. The last phone in this series family was Mi Mix 3. The 5G version of it did not sell well. In addition, it has not yet received the update for MIU 11 and Android 10.

Xiaomi has recently registered a new Weibo account for the Mix series, and now the CEO remembers the old Mi Mix 2 device as his favorite Xiaomi phone. All this suggests that we could soon see a new smartphone from the Mix series.

Xiaomi announced a few months ago a new device in the series called Mi Mix Alpha. But it is a $2,600 concept smartphone that is not yet for sale. Following Lei Jun’s statement, we can expect the next Mi Mix device, probably the Mi Mix 4, to come with a ceramic unibody design like its 2017 predecessor. Ceramic body smartphones are not something exclusive to Xiaomi. The Huawei P40 Pro+ released a few months ago also has it, as well as the OPPO Find X2 Pro.