In April, MIUI 12 was presented at an online event in China. Xiaomi thus presented the new version of its interface that beings a series of new functions. After this presentation, the brand was already launching the first beta of this new interface for a series of phones, although only in China. Today, the international presentation of the interface has already been held. MIUI 12 Global is official and we already know the news that the new interface of Xiaomi brings us, which will begin to be deployed shortly to the phones of the Xiaomi and Redmi brands worldwide, after having already started its deployment in China.

One of the great novelties in MIUI 12 is a new camera application, which is going to introduce a multitude of new functions for the phones that are going to be updated. This new application will be more customizable in its appearance and its buttons, which we will be able to configure to our liking. 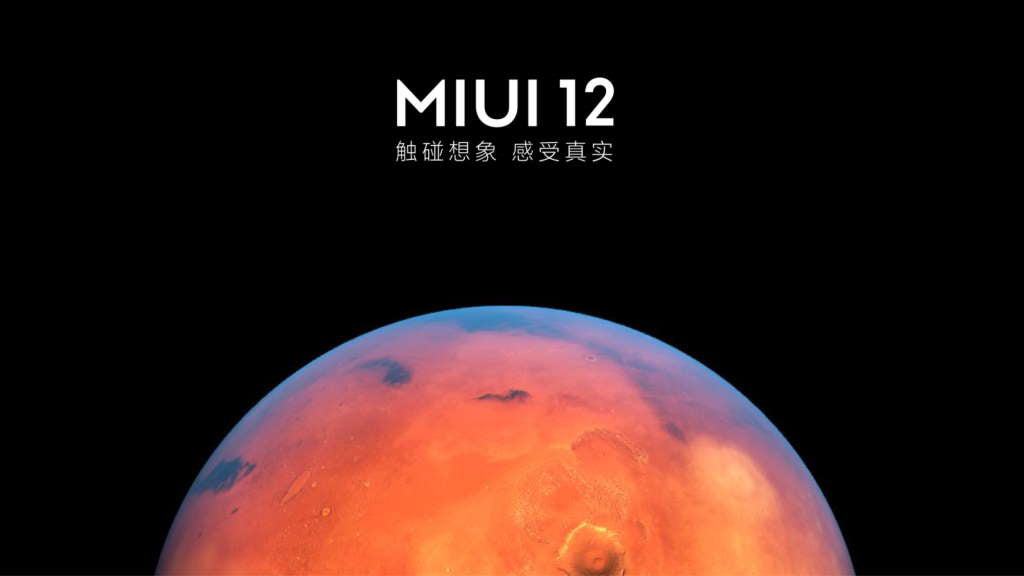 The new wallpapers in MIUI 12 have generated a lot of interest. The so-called Super Wallpaper are dynamic backgrounds, which when we unlock the phone make a very interesting zoom effect. An interesting way to change the appearance of the phone, and that can also be installed on other Android phones, as we already showed you.

MIUI 12 renews the settings interface, an unusual change by Xiaomi, which does not usually alter the interface of the phone too much. It is committed to a simpler design in these settings, in addition to being more visual. It will allow users to move comfortably in them. Along with this new interface, more animations are introduced when performing actions, such as pressing a button or moving elements.

One of the features that could be seen before its presentation in China was this dark mode 2.0. This revamped dark mode is going to allow users that third-party apps are going to go dark too, not just system apps. Also, the dark mode itself will now be more natural. 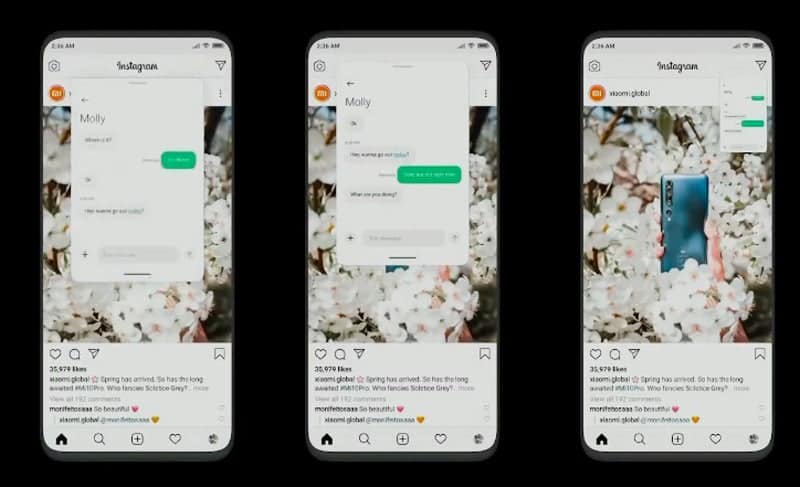 We have a new multitasking system in MIUI 12. A series of new gestures with which to use and manage floating windows are introduced. Since it will be possible to choose an application and put it as a floating window, while using other applications at the same time. In addition to being able to swipe down on a notification to quickly open an app and do it again to close it.

Xiaomi shared some details about the always-on display mode at the beginning of April. In MIUI 12 this function comes with new designs for the screen. 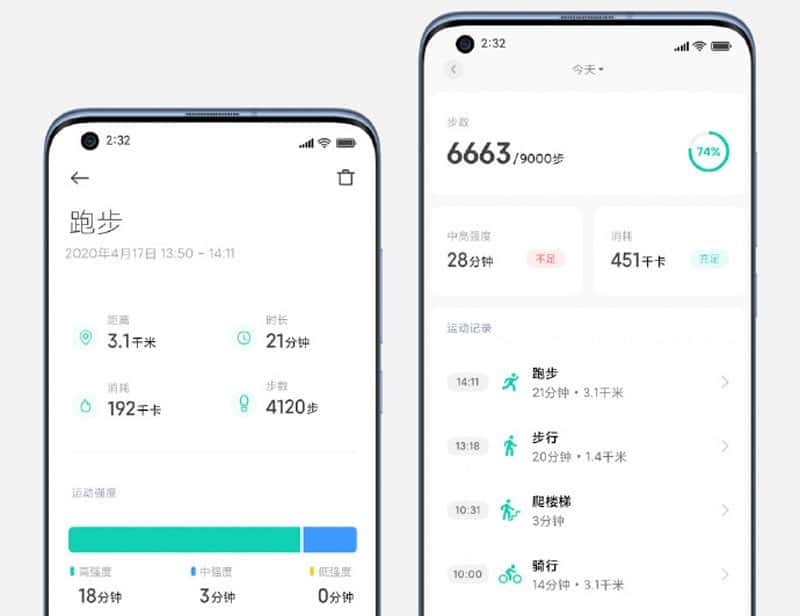 The new software will also allow us to monitor our steps and sleep quality without having to wear a smartwatch or band. 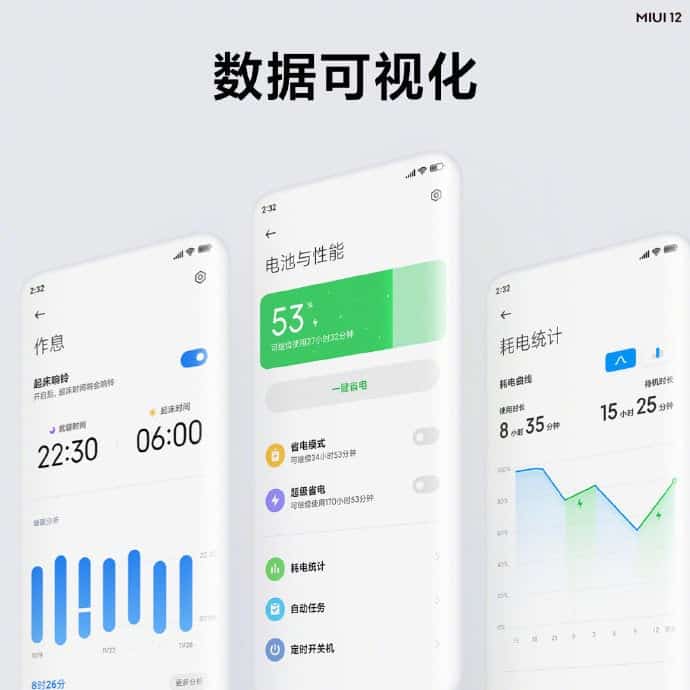 Privacy is an increasingly relevant aspect and that more and more users demand. Xiaomi announces that MIUI 12 is the world’s first mobile operating system to pass the TÜV Rheinland “Enhanced Android System Privacy Protection Test”. The privacy of the user will be better.

The brand also introduces a new permission system . Since it will be allowed to use applications that have an identifier system, what they do is prevent the data collection from being complete. The idea is that users will be able to use different identities, changing between them whenever they want. 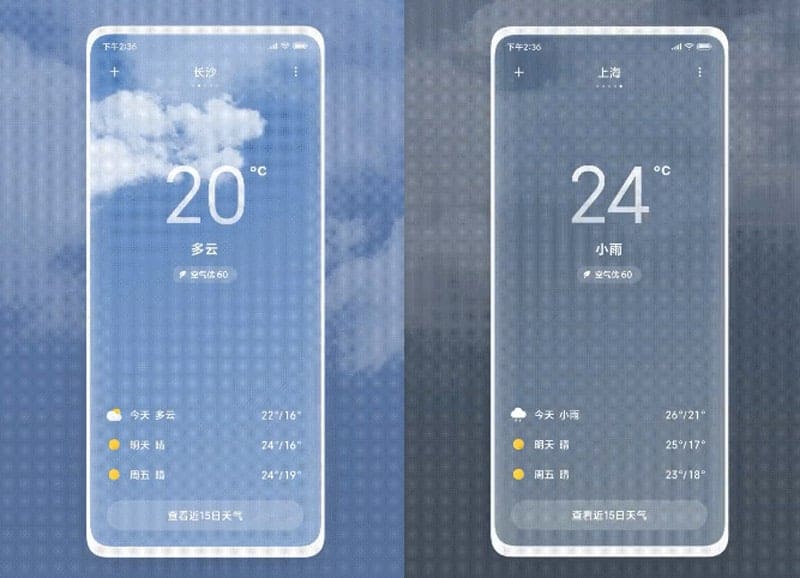 Weather apps are essential for millions of Android users. Xiaomi has its own weather application, which is now has a completely new look. The application renews its appearance, with a more modern and minimalist design. But it expands the amount of information it provides, so that it becomes a much more complete application for users.

Lei Jun: Xiaomi global business represents more than half of its gross revenue