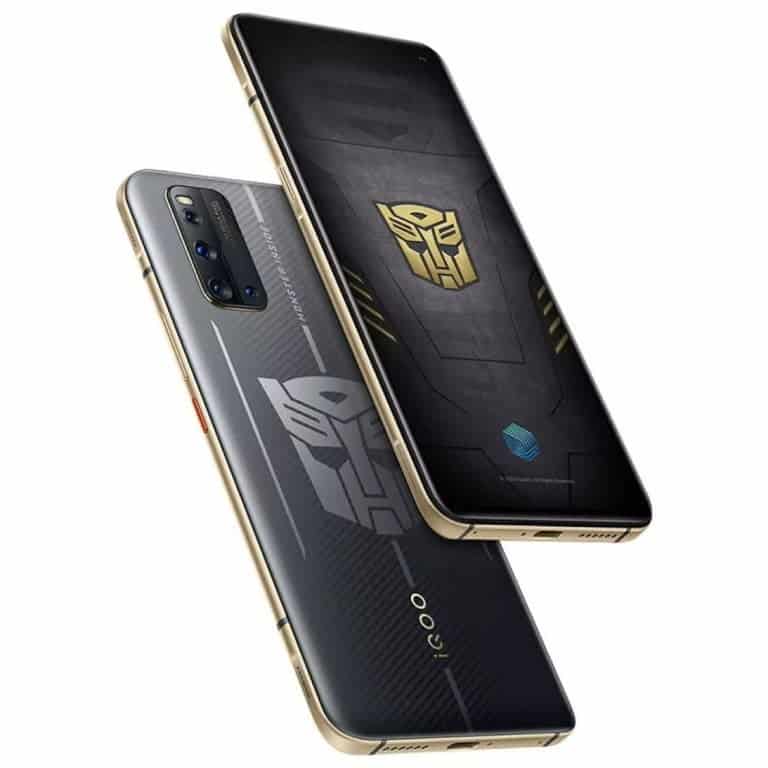 We have also seen a batman version of iQOO Pro 5G in the past. The limited-edition smartphone features a different look on the device. The iQOO 3 5G Transformers Edition features a carbon-fiber texture.  The top of the device has a slogan “Monster Inside” written in verticle, followed by a large transformers logo. And in the bottom, we have iQOO branding that too in vertical. 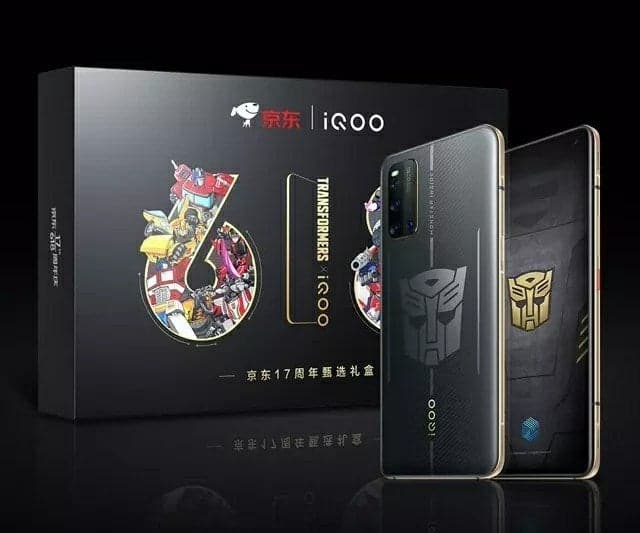 The images of the user-interface show a Transformers theme on top of the iQOO UI. The black-colored box has text in golden and red making it distinct from other phone boxes. The accessories are also custom-branded. You will be getting the charging brink, USB Type-C Cable, and a case. The charging brick is black with a golden Transformers logo just like on the case. 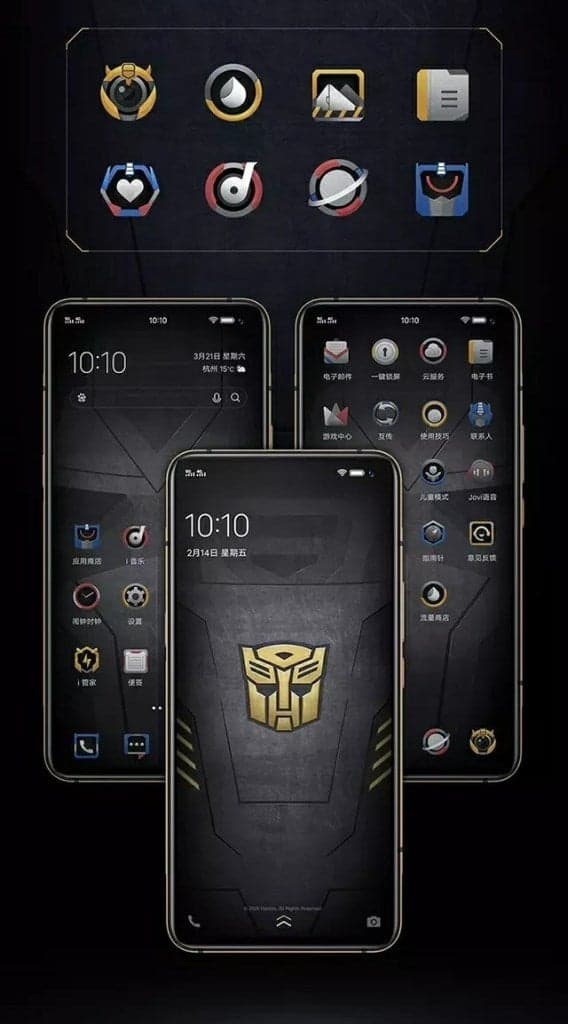 The device is powered by Qualcomm Snapdragon 865 SoC, along with LPDDR5 RAM and UFS 3.1 storage. Backed up by 4,400mAh battery that with 55W Super FlashCharge technology. Since it is a gaming-centric phone, it features many gaming features. Including VC liquid cooling technology, Multi-Turbo technology. As well as 180Hz touch response rate, and 4D in-game vibrations.

The non-limited edition smartphone with a 6+128G version starts at 2598 yuan. Although, there is no official pricing for the Transformers Edition smartphone. The device will hit the markets starting on 1st June.

Previous Nokia 5.1 Plus is finally getting Android 10 update

Next LG Stylo 6 Officially Launched At $220

iQOO 3 to Get a Permanent Price Cut in India Tomorrow, Company Announces