Realme is preparing a big event for May 25, where the company will reveal a bunch of new products. According to reports, there are at least 8 new products going to be launched on that date. Among them, we have smartphones like the Realme X3, X3 Pro Superzoom, and X50 Pro Player. Moreover, the company will announce its first smart TV and smartwatch. Last but not least, the company will also unveil new audio products which, obviously, includes new TWS earbuds. Among the new truly wireless earphones, the company has new affordable earphones dubbed Realme Buds Air Neo.

The first rumors about the Buds Air Neo emerged a few days ago, but now, its existence and arrival on May 25 are pretty much confirmed. The company has set a promo page on its official Indian site, revealing the Buds Air Neo is all its glory. Moreover, the company also took the opportunity to share some tidbits regarding the features that will compose the new hearables.

At first, the new hearables are pretty much similar to the last year’s Realme Buds Air. However, upon closer inspection we can notice that it lacks the silver ring on the stem. Moreover, the dual microphones aren’t visible in the Neo, so we can pretty much conclude that the new affordable hearables won’t include the so-called ENC (Environment Noise Cancellation) technology. 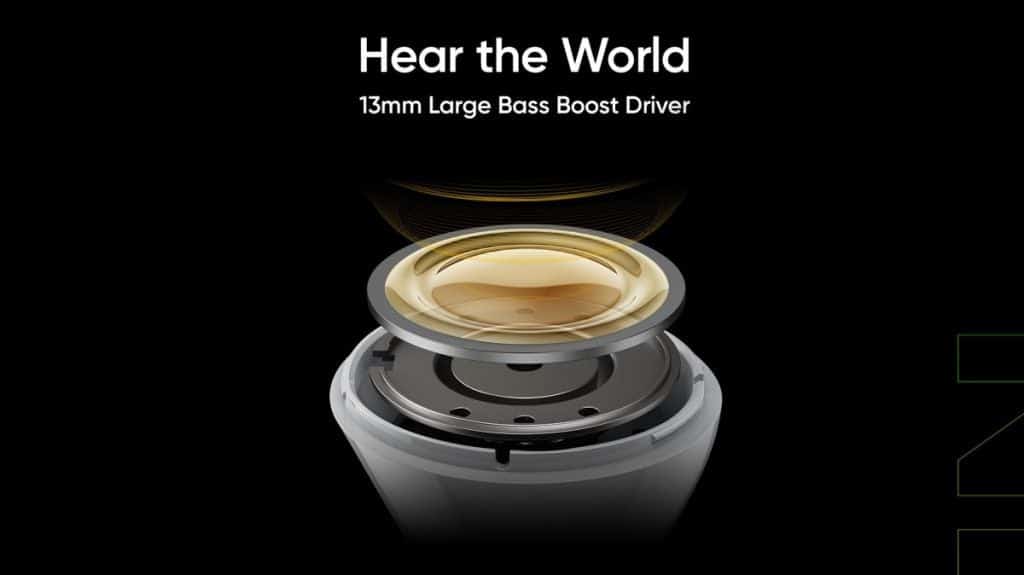 Despite the lack of noise-canceling technology, the new Buds Air Neo is still capable. The company equipped it will 13mm Large Boost Drivers for a deep audio experience. Moreover, the battery is said to hold up to 17 hours of playback with the charging case, but just 3 hours without it. Talking about the case, we believe that it lacks the wireless charging support of the standard variant. Moreover, it should replace the USB-C port for an older micro USB connector. This way, the company can reduce the price of the final product.

Furthermore, the new truly wireless earphones will come with Dual Channel Transmission as well as Super Low Latency Mode. According to Realme, the latter feature allows 50% lower latency when compared to the standard model. The new hearables will also come with the Instant Auto Connection feature. Last but not least, they have touch controls to allow users to play/pause/change tracks, summon voice assistant, and answer calls. 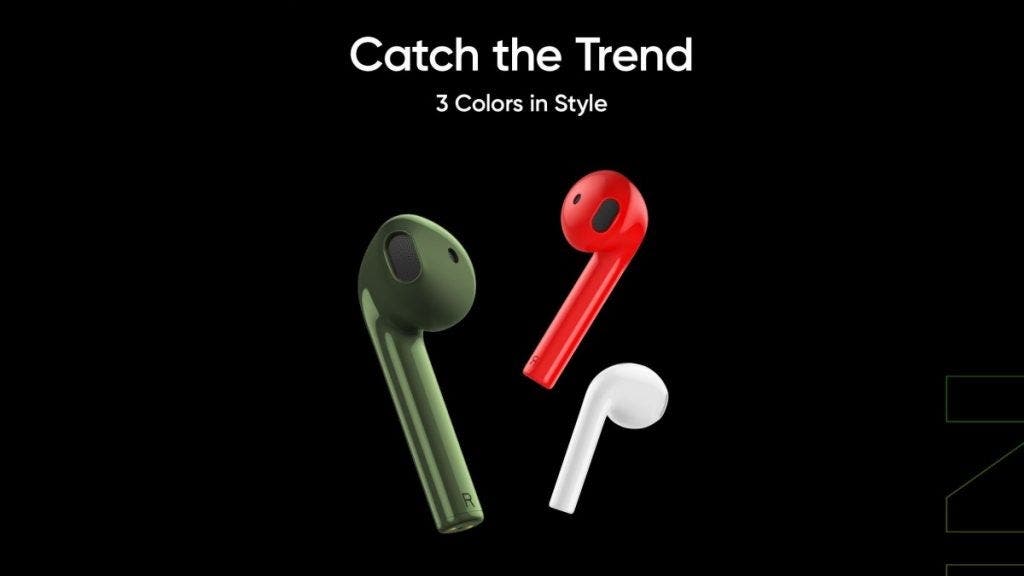 According to the posters, the new Realme Buds Air Neo will be offered in three colors – Red, White, and Green. The last color seems to fit with the upcoming Realme’s Smartwatch green color.

Although the company hasn’t revealed the price of the new audio product, a leaked poster reveals that the TWS earphones will cost INR 2,999 in India, which is approximately $40. That’s at least $13 less than the regular Buds Air.

Next Android is ready for contact tracing: the system is rolling out now