Recently, the jailbreak community said it obtained a leaked image, which revealed that iOS 14 will support the “phone and Facetime calls” call recording function. This can be found in the “Settings” application. According to recent reports, Apple has explained this function in detail. In short, users need to obtain the consent of the caller to enable the call recording function. Furthermore, it is strictly prohibited to share the device with others during the call. 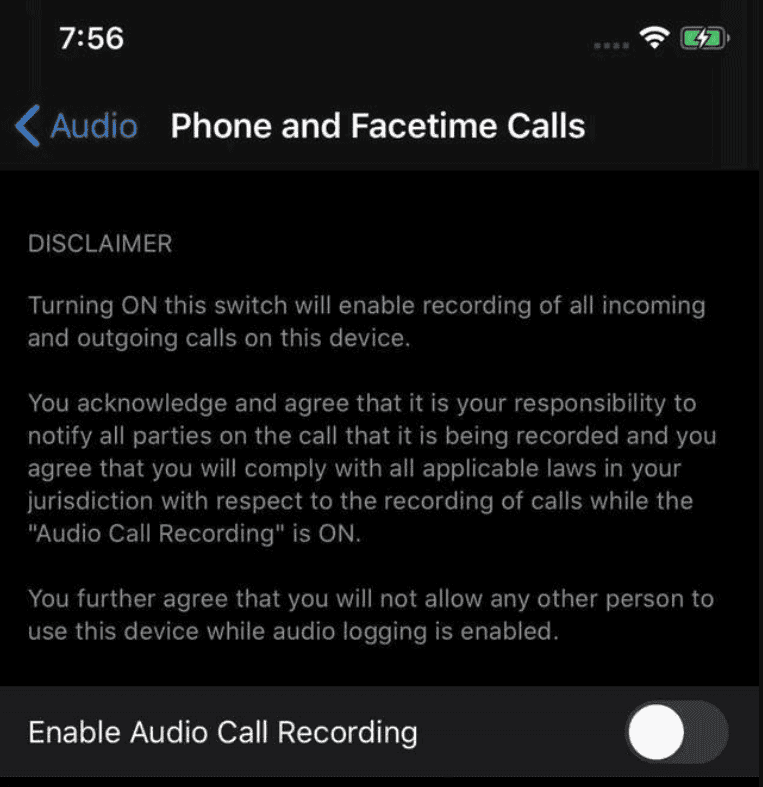 Admittedly, when it comes to privacy, call recording is a tricky issue. The FCC clearly defines that the recording is legal as long as the other party is notified before the recording, or there is a voice prompt during the call.

Previously, Google deleted the call history API on Android 6.0, and now there are signs that Apple will add this feature to iOS 14, which is really interesting. However, the call recording function may not be available in all countries/regions. For example in Australia and India, the government has banned individual users from recording calls. Apple will release iOS 14 at the WWDC 20 Global Developers Conference on June 23. Unlike previous events, this year’s conference will be held online.

Apple iOS 14 may be available for all iOS 13 devices

Presently, there are reports that the iOS 14 will be available to all devices with iOS 13. Usually, Apple usually supports the iPhones for four years, but sometimes it is five years. For example, iOS 12 brings support to all iOS devices that got iOS 11. After the huge criticism on iOS 11 and 13, the company will want to avoid all sorts of criticism. As things stand now, iPhone 6s users, as well as the first iPhone SE, maybe getting their last update this year. Of course, there is no official confirmation of this. We will have to wait for the online WWDC conference this month to get some official reports.

While we are talking about the compatibility of iOS 14 with older devices, Apple has other problems. The company seems to have very serious internal security issues. Recently, an early version of the iOS 14 was at the disposal of some security experts. These hackers had the system since February this year. We do not know exactly how it got out. However, there are reports that this would be due to an illegal sale of an iPhone 11 in December 2019. This iPhone 11 reportedly had iOS 14 installed.