Starting from the Horizon Edition, it is top of line version in the Mi Notebook 14 series. The Horizon Edtion focuses on multitasking capabilities keeping its elegant design and lightweight.

A beautiful 14-inch display can be seen with minimal bezels providing a screen-to-body ratio of 91%. The display comes with a resolution of 1920 x 1080. The aluminum and magnesium alloy chassis measures 17.15mm thick while weighs around 1.35 kg. Only one color is available for now which is Mercury Gray. 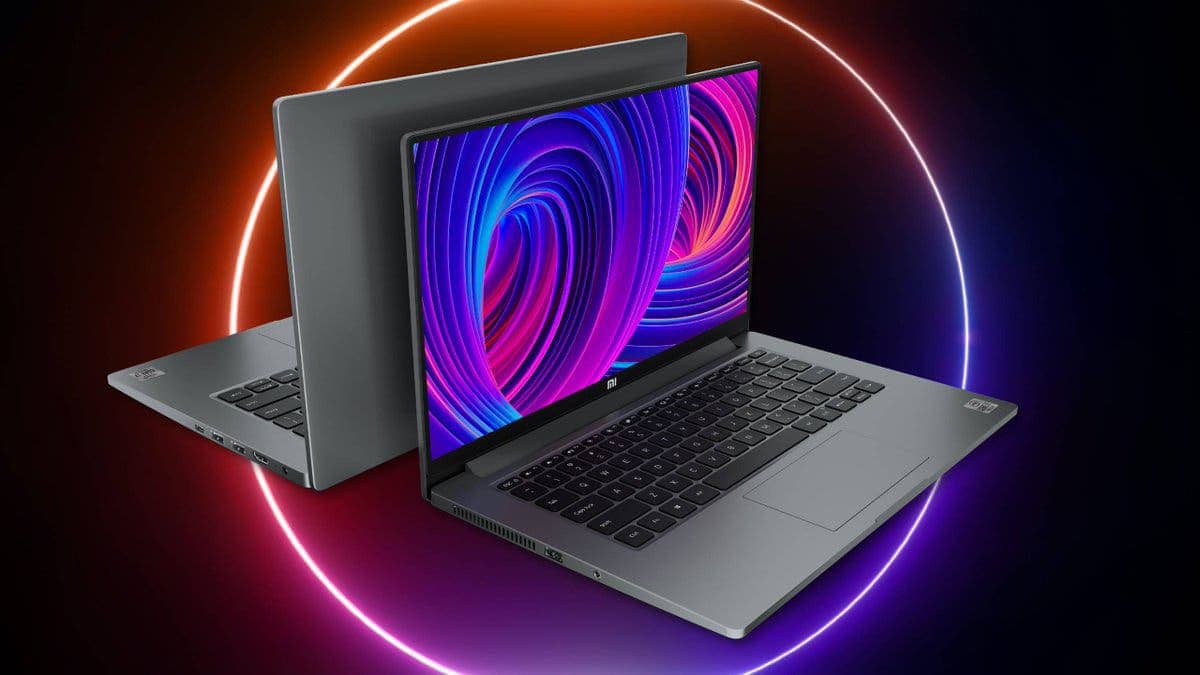 There are two variants for this laptop including 1904-AR and 1904-AF. However, both of them carry SSD, same design and measurements, and Nvidia graphics and both carry 8GB of DDR4 RAM. The high-end variant comes with 10th gen Intel Core i7 10510U Comet lake CPU. The CPU comes with a base frequency of 1.8Ghz, which can turbo up to 4.9GHz. While the latter features the 10th gen Intel Core i5 CPU. Both are paired with Nvidia MX350 GPU with 2GB of VRAM for gaming on the notebook. The laptop comes on board with Windows 10 operating system. 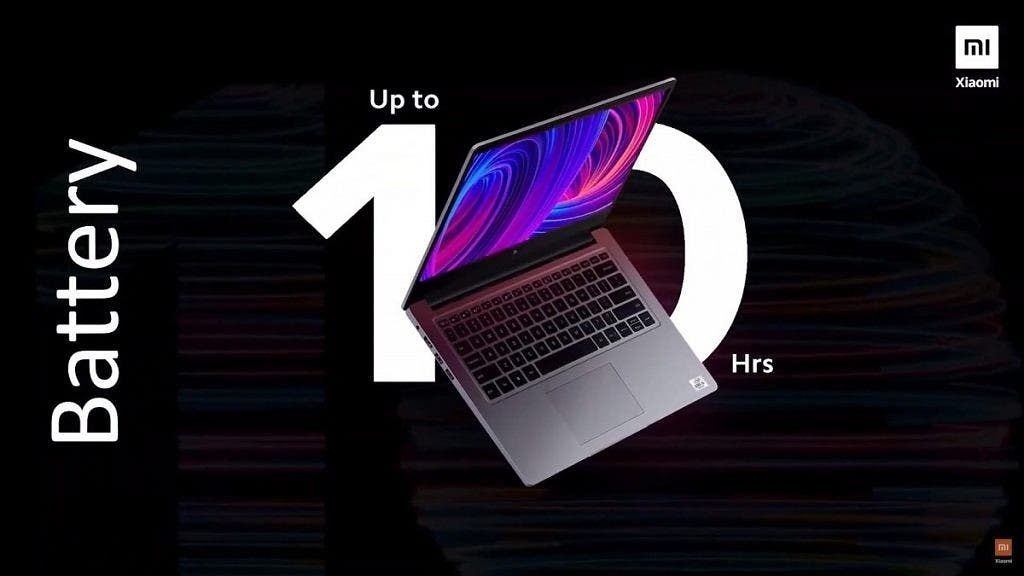 One another distinguishing feature between both the variants is that the 1904-AF features a faster SSD storage.  512GB of M.2 PCIe Gen 3×4 NVMe SSD storage is used on the Core i7 model, while the latter comes with a 512GB of SATA SSD. According to Xiaomi, the battery can last up to 10 hours, and thanks to the 65W charger the laptop goes from 0 to 50 percent in just 35 minutes. Since the webcam is not integrated, it comes bundled with the laptop. Stereo speakers, USB 3 ports, and a multi-touch trackpad are some other features of the Mi Notebook 14 Horizon Edition.

On the other hand, Mi Notebook 14 is a more affordable option. The Notebook 14 comes with a 14 inch with FHD resolution and provides a screen to body ratio of 91%. Coming to the variants, there are 3 options in Mi Notebook 14. All the three features 10th Gen Core i5 CPU paired with 256GB or a 512GB SATA SSD. Whereas, 1901-FC and 1901-FA comes with intel UHD integrated graphics, the 1901-DG features NVIDIA MX 250 GPU. 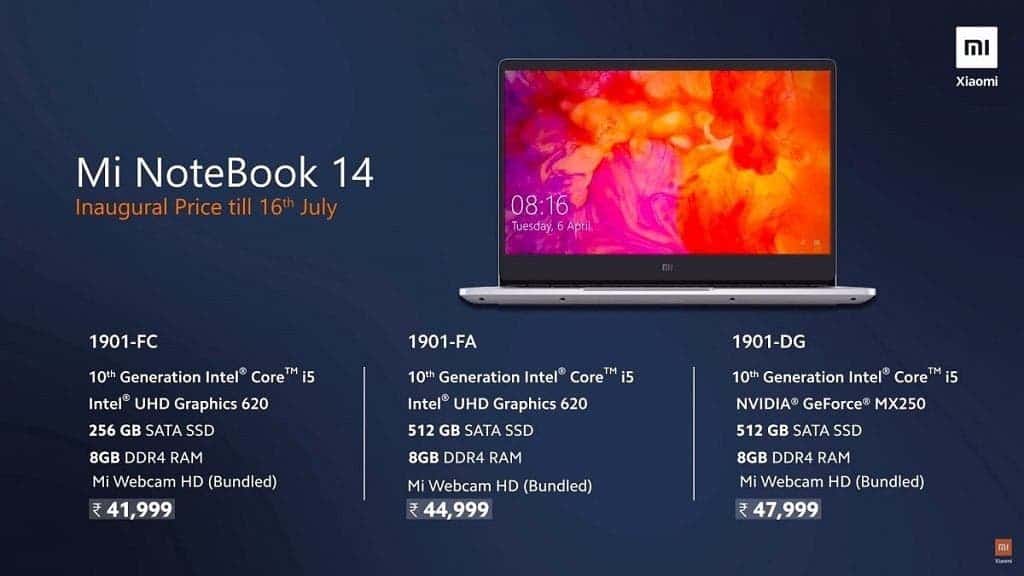